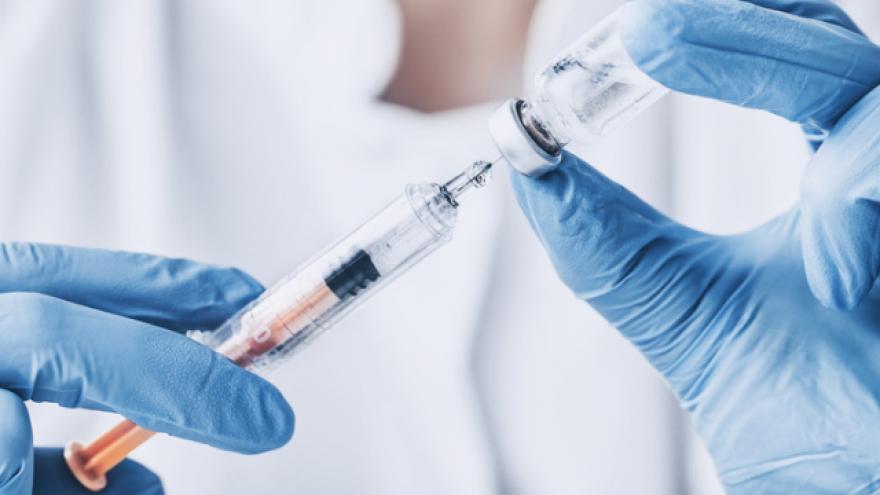 FERNDALE (WWJ) – Get your child vaccinated or go to jail — that’s the choice facing one Oakland County mother.

“I’m a mother of two and the last thing I want to do is to go to jail, of course, but I’ve been kind of backed into a corner,” Rebecca Breedow told WWJ’s Ron Dewey. “I’d rather go to jail than to give into my belief of what I am as a mother and what I believe in.”

Breedow, who lives in Ferndale, says she and her ex-husband first delayed immunizations for their son at birth and then spaced them out before stopping the shots all together in 2010 because they were uncomfortable with “grouped vaccinations.”

“These are combo shots that could be up to 40 vaccines at once,” she said. “So, I mean that’s pretty serious. That’s a lot of vaccines to inject into your child at once.”

Michigan is one of 17 states that allows for medical, religious, and philosophical exemptions from vaccines. The couple was on the same page with deciding not to vaccinate their son, but their relationship eventually took a turn for the worse and they divorced. Still, things were amicable between the two, until their child custody case transferred from Washtenaw County to Oakland County. Breedow was awarded primary custody of her son, but a motion was put in place for his vaccination.

“I never was aware that he wanted vaccination, so he brought it to the judge’s attention that the child hasn’t been brought up to vaccination and she just ruled on it, vaccinate the child,” said Breedow. “They never gave me the opportunity to have a hearing on the vaccination part of it, they just ruled on it without me being there… without ever having heard my side of the story or why I haven’t vaccinated.”

Breedow thinks the decision was motivated by anything but the law.

“Right now, from my point of view, I feel that it’s the judge’s personal belief. She’s pro-vaccine, which is fine, we have that choice,” she said. “But I am fully compliant with all of the state laws, the vaccine waivers. I’ve educated myself on vaccines.”

The judge ordered Breedow to vaccinate her son, now 9-years-old, to the fullest extent medically allowed, which would mean up to eight shots. And she has less than a week to comply with the order or face being thrown in jail for contempt of court.

Breedow said this isn’t about being part of the anti-vaccination movement, it’s about her rights as a mother being removed by the court.

“Whether it be that I space them out or delay them or choose not to do them at all, it’s the fact that the court’s telling me that I have to do this,” she said. “They’re taking my rights as a mother, as a parent, to make these informed choices away from me — and I am being told I have to do something that they believe is right.”

While she’s reviewing her legal options, Breedow says she’d rather stay behind bars for what she thinks is right than be bullied into changing her beliefs.

“Martin Luther King said that our lives begin to end the day that we become silent about the things that matter to us,” she said. “To have a court interject themselves into my personal and religious beliefs, it’s not something I can stand for.”

Breedow’s next hearing is on Wednesday.