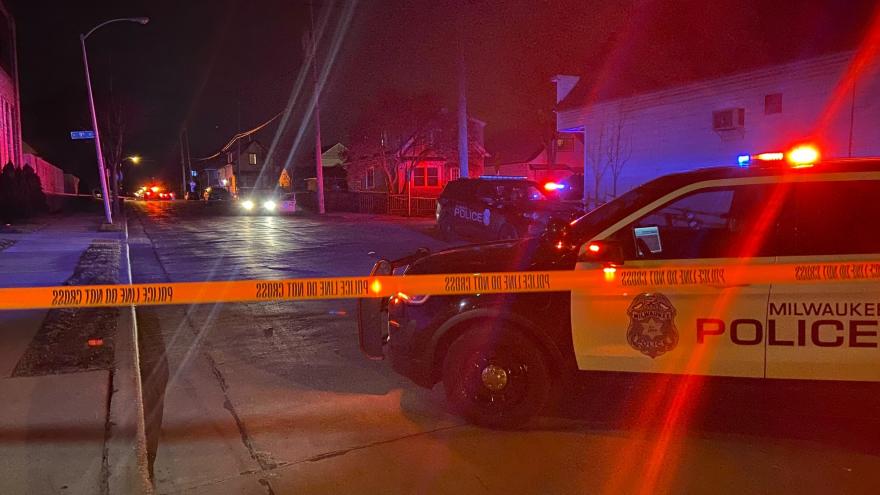 UPDATE (CBS 58) -- Milwaukee police confirm one person is dead following a double shooting near 9th and Cleveland on the city's South side, late Monday night.

Around 9 p.m., police were called to the scene for a double shooting.

A 32-year-old Milwaukee man was transported to the hospital with life-threatening injuries, and died despite life-saving efforts.

The second victim, a 33-year-old Milwaukee man was also transported to the hospital for non-life threatening injuries and is expected to survive.

The circumstance leading up to the shooting are under investigation. Milwaukee Police continue to seek unknown suspects.

They say two victims were taken to an area hospital following the incident near 9th and Cleveland.

Authorities confirmed one person was shot and wounded -- the other person's injuries are not clear at this time.

It marks the fourth shooting in the city Monday night.

The first occurred on Milwaukee's lower east side near Holton and Brady around 4:25 p.m. A 21-year-old Milwaukee woman was wounded after the occupants of a vehicle opened far on a vehicle she was inside. Police are seeking unknown suspects.

Just after 6 p.m., Milwaukee police responded to a homicide near 29th and Roosevelt where a 65-year-old Milwaukee man was killed in a domestic-related shooting. Police say a suspect is in custody and an investigation is ongoing.

At 7:23 p.m., officers responded to the area near 44th and Congress. Police say a 16-year-old Milwaukee girl sustained non-fatal injuries in a shooting that resulted from an argument and physical fight. Medical attention was provided on scene. Police are seeking an unknown suspect.

Anyone with information regarding any of these incidents is asked to contact Milwaukee police at 414-935-7360 or to remain anonymous, call Crime Stoppers at 414-224-TIPS.