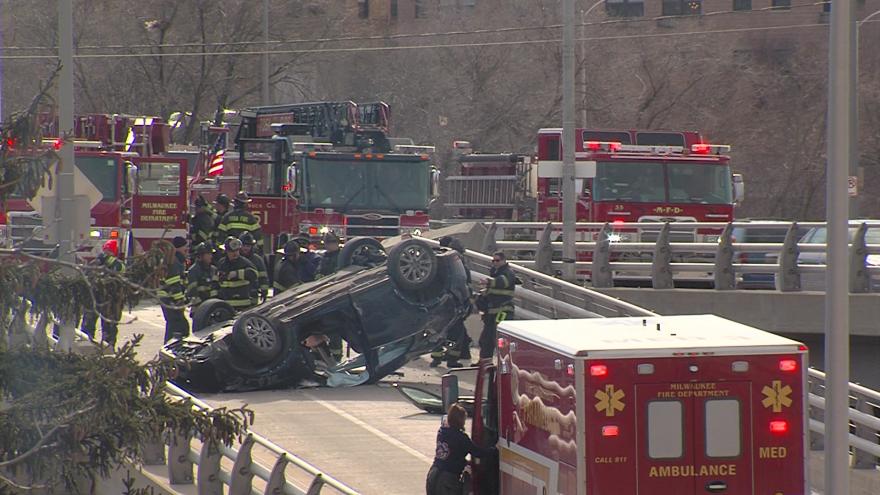 It happened just before 10 a.m. near Hawley and State.

Officials say the man was traveling at a high rate of speed and struck a curb, causing the vehicle to roll multiple times.

A 35-year-old female passenger was injured and taken to an area hospital for treatment.