Meteorological Fall is right around the corner 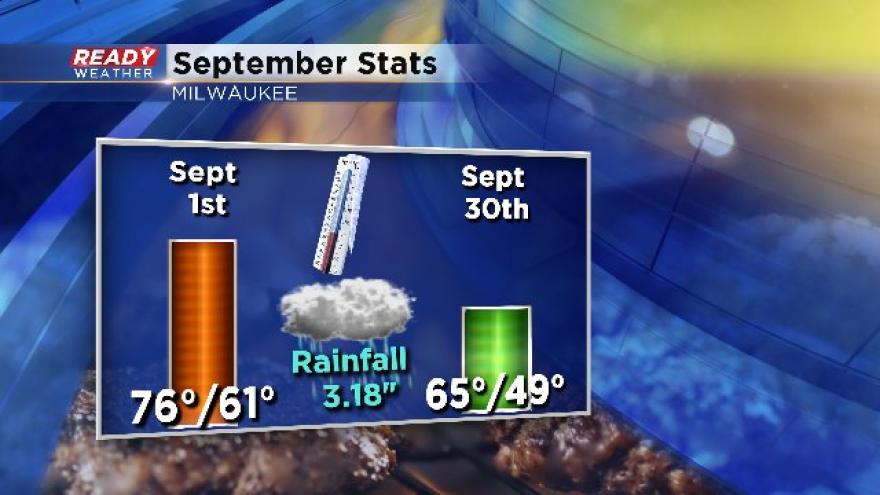 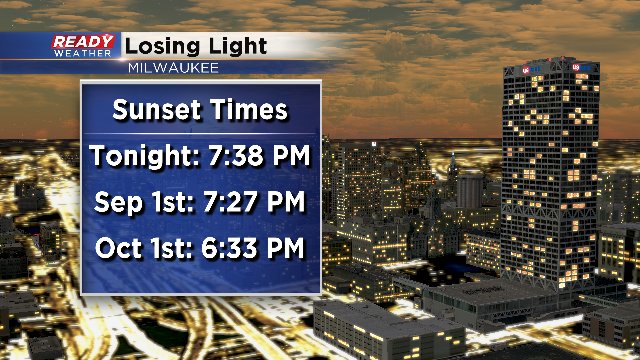 We are in the home stretch of our summer season. The calendar start to fall isn't until September 22nd, but Meteorological Fall kicks off in one week! And most folks would agree the weather lately has felt a bit like fall. While the temps have been cooler than normal since Wednesday, we still have some nice warm days as we flip the calendar to our next month. But one things is for sure, we are losing daylight. Check it out:

We are now losing one to two minutes each day on our sunset. In just over a month, our sunset will be closer to 6:30pm.

Another thing we are in short demand of is rainfall. August has been the driest month since February 2016. Although we had 7.7" of snow that month, the total melted equivalent shakes out to .62" of precipitation. Here's a look back at monthly rain since spring: 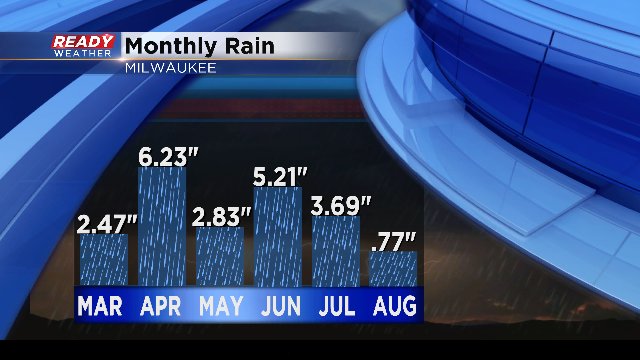 The average monthly rainfall for August is 3.97". To date we are now almost 2 1/2" down on rain for the month. But we do have showers in the forecast Sunday as well as light chances Monday and Tuesday of next week. That should cut into the deficit a little bit, but at this point, less than a half inch of rain is likely to accumulate during those three days.

On the other hand, the temperatures look really nice over the next ten days. Highs temperatures will gradually rise back into the middle to upper 70s next week. In fact, it looks like we could see a two week stretch of temperatures in the 70s for highs. As Goldilocks would say, "Not too hot, not too cold, but just right." 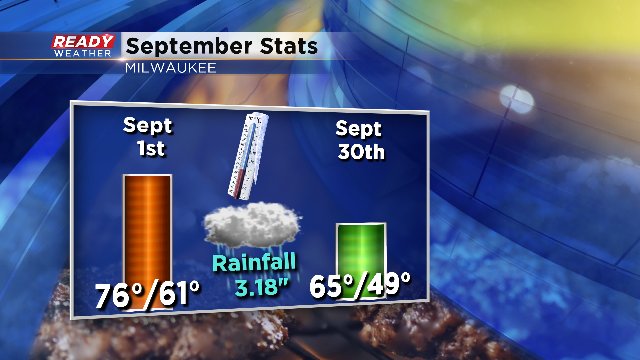 Note that upper 70s become more of a treat than the norm as September unfolds. Average high temperatures fall to the 60s by the 21st of the month. And for those looking for some late summer like heat, don't worry, there is still time. Record highs are still in the 90s through the end of the month.