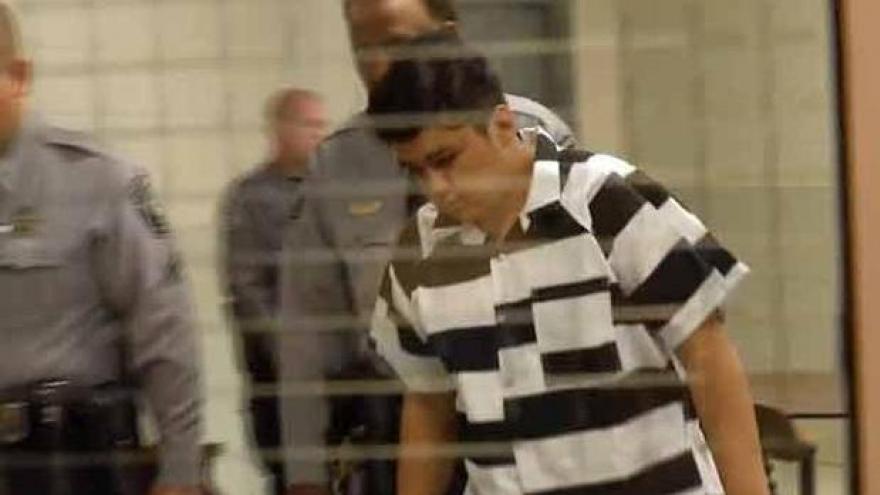 ZEBULON, N.C. -- North Carolina prosecutors will seek a mental evaluation of an 18-year-old man charged with decapitating his mother at a home east of Raleigh.

The teen, Oliver Funez, was charged with first-degree murder Monday after a deputy responding to a 911 call saw him walk out of a home in Zebulon with his mother’s head in one hand and what appeared to be a large knife in the other.

Deputies found the body of 35-year-old Yesenia Funez Beatriz Machado in the home.

“It was a gruesome scene … I can’t tell you how many wounds,” said Sheriff Kent Winstead told TV station WRAL.

Waters was reviewing the 911 call and will decide whether to release it. The Raleigh News & Observer reports it was Funez who placed the call, and he reportedly stayed on the phone talking to dispatchers until deputies arrived.

Funez was ordered held without bail on Tuesday. His next court appearance is scheduled for March 14.

Two young girls in the home were not hurt. A fourth child was in schools when the attack occurred.

Deputies were searching the home hours after the body was discovered.

“We owe it to the victims to make sure it’s done in a proper manner — to make sure once it gets to the courthouse, justice can be served,” said sheriff’s office Chief of Staff Terry Wright.

Machado’s husband was on the scene just before 5 p.m. Monday and was overcome with grief, Winstead told CBS affiliate WNCN.

Neighbors were also stunned by the news of the death.

“Complete and utter shock. ... This whole area is a quiet area and I didn’t know what to expect when I got home and saw police cars and everything around,” said Ryan Reader, a neighbor.

Authorities say the children are with their father.

“It’s very hurtful to know something like this can happen in your own neighborhood with such a quiet family with the standard white picket fence, trampoline, playground in the back,” neighbor Leona Smith told WRAL-TV. “To see the two younger children sitting in the ditch crying, it was heartbreaking.”

Neighbor Eddie Garner was at the home when the woman’s husband returned late Monday afternoon.

“I don’t know what they told him,” Garner told WTVD-TV. “I mean, we just heard him crying.”

An attorney has reportedly been appointed to represent Funez.