Menomonee Falls votes to keep Chemworks out of Village 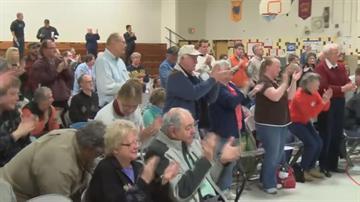 The Menomonee Falls Plan Commission voted that the company's use of the property they purchased on Lilly Road objectionable.

So Chemworks, a division of  Advanced Waste Services will not be able to operate there.

Chemworks, a waste water treatment facility wanted to move to the Village from its Milwaukee location.

For years people living near the Milwaukee location have complained about strong odors coming from the company. Some have said those odors made them sick.

Chemworks officials say they are disappointed about the Menomonee Falls decision and disagree with it.

They say they'll have to figure out what to do next. In the past they have said they would sue the Village if they were not allowed to operate there.