Menomonee Falls Police searching for suspects who stole almost $16,000 worth of tools from business trucks 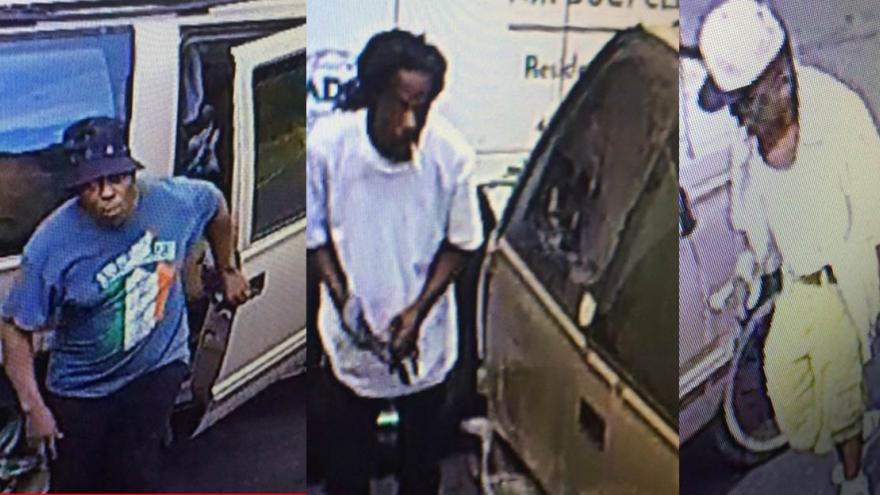 According to police, the suspects stole approximately $15,898 worth of tools from two separate business trucks at Capital Heating and Cooling, located on Campbell Drive in Menomonee Falls.

The first suspect is described as a black male, approximately 5'10 to 6'0, and 45-40 years old. He was last seen wearing dark pants, a blue shirt with an Italian flag logo, and a blue fishing style hat.

The second suspect is described as a black male, approximately 6'0 to 6'2, 180-200 pounds, 35-40 years old, with long dreadlocks. He was last seen wearing brown boots, dark pants, and a white t-shirt.

The third suspect is described as a black male, approximately 6'10, 180-200 pounds, and 45-55 years old. He was last seen wearing a white and blue hat, white sneakers, tan shorts, and a white shirt.