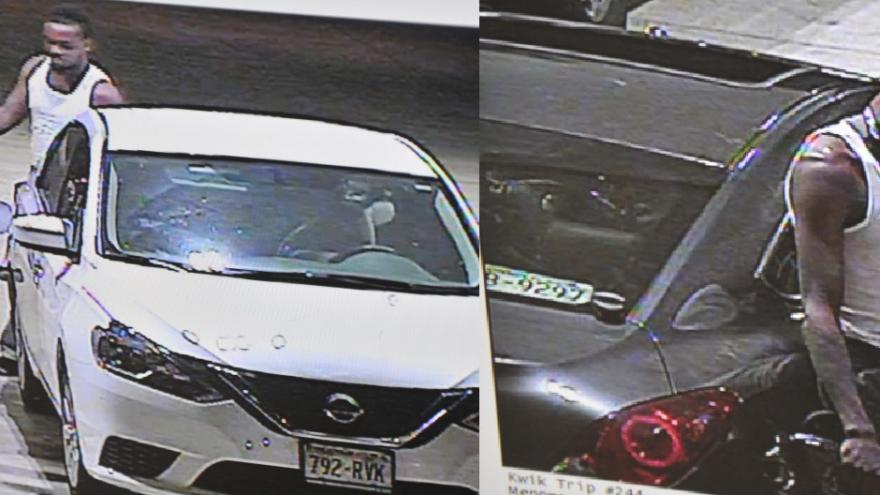 The White Nissan Sentra was involved in a chase with Menomonee Falls Police Officers before fleeing east onto Main Street in Milwaukee.