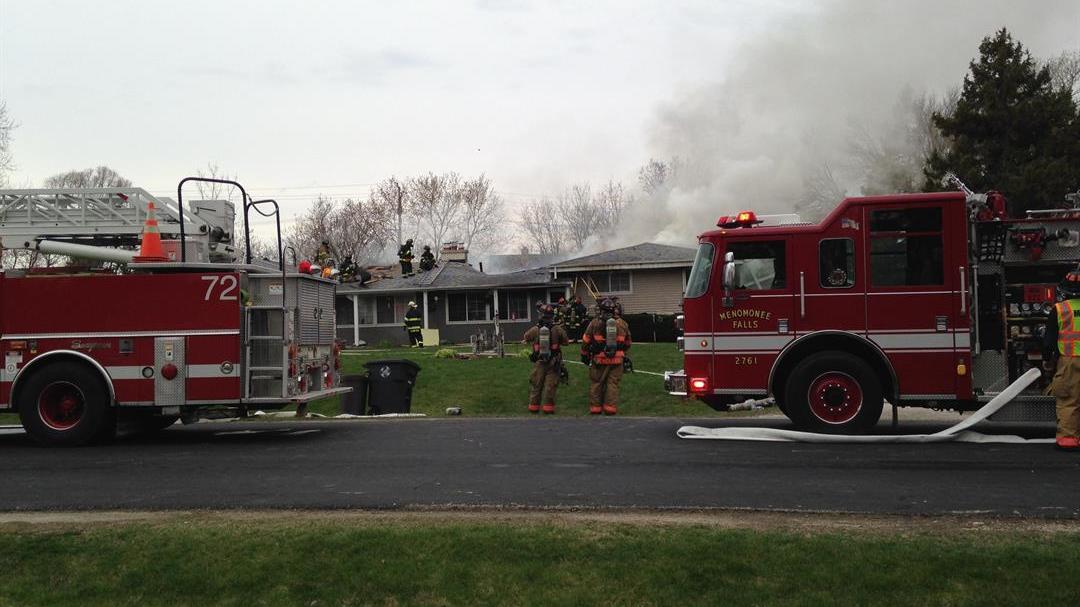 A Menomonee Falls home received extensive damage in a fire this morning.  The fire was reported around 7:15 AM in a ranch style home on Pleasant View Drive.    According to the Menomonee Falls Fire Department, the fire originated in the basement of the structure and then spread upward, eventually causing a portion of the roof to collapse.  The two occupants of the home had to be evacuated from the building and one was examined by EMTs on the scene.   A number of neighboring fire departments assisted the Menomonee Falls Department in battling the fire.   The no dollar estimate of the amount of damage to the house.  The cause of the fire is being investigated.