Menominee rally at Capitol in Madison 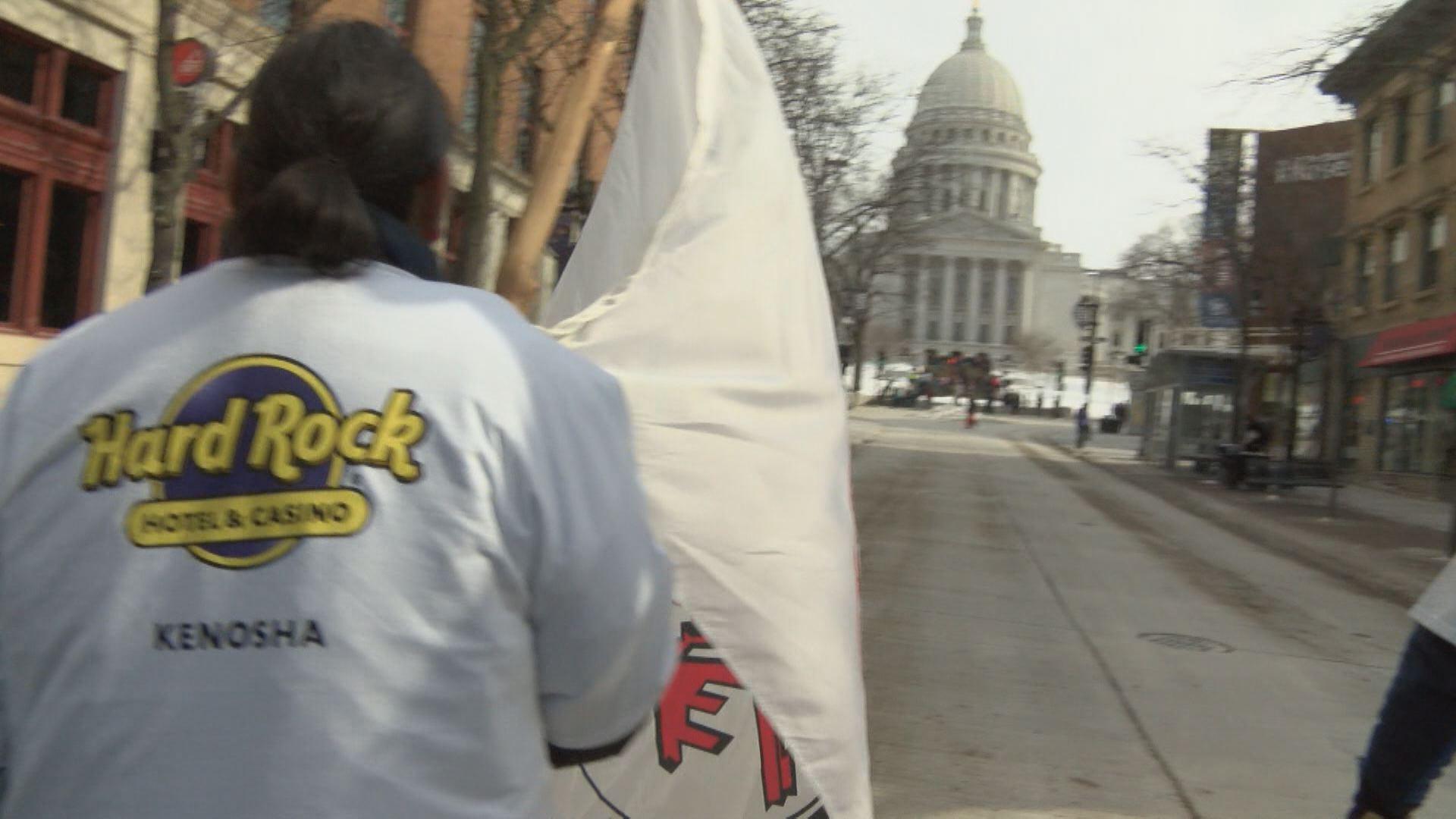 After nearly 6 days and more than 150 miles, Menominee tribal members filled the Capitol Wednesday afternoon in one final push for a Kenosha casino. They made it clear supporters of the casino project are not giving up, despite being told no several times.

More than 700 Menominee Tribe members marched down Madison's State Street heading to the state Capitol building. \"This is not a game we are playing, this is serious.\" Tribe chairman Gary Besaw said before the marching resumed Wednesday.

Just after noon, the 156-mile journey from the tribe's reservation in Keshena finally reached its end. The group rallied inside the Capitol for about an hour, and they were joined by legislators who have been some of the most outspoken supporters of the casino. The message directed at Governor Scott Walker.

\"Real Menominee people and real Wisconsin citizens have made a real 156 mile journey in double negative wind chills to request this meeting with you.\" Besaw announced to the hundreds of people in the rotunda.

The whole goal of the march and rally was to encourage Governor Walker to meet face to face with Besaw. So after speaking to the members of the tribe, Besaw took the last few steps to the Governor's office. He was told by a Capitol police officer that nobody was available.

\"I'm very dismayed that the Governor does not step forward and meet with the Menominee nation.\" Besaw said after attempting to speak to Walker.

Thursday is the final deadline for a Kenosha casino decision. Local, state, and tribal leaders are saying they hope Walker changes his mind before that.