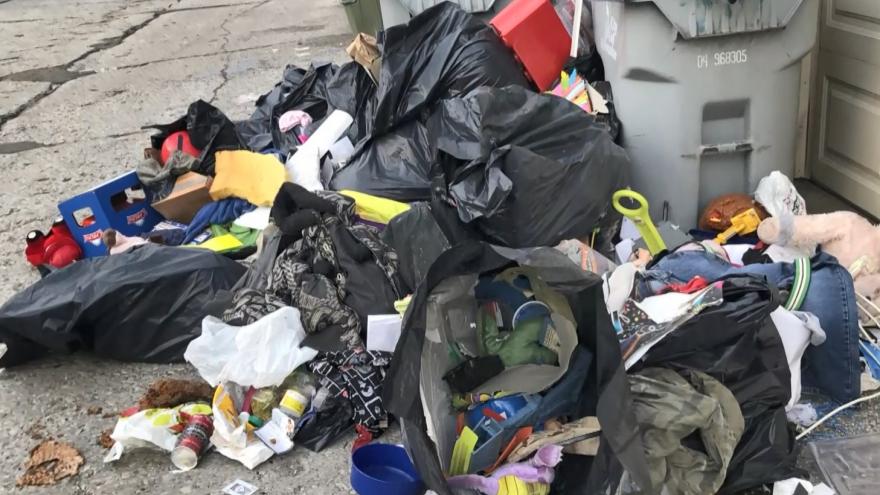 MILWAUKEE (CBS 58) -- A couple of illegal dumpers in Milwaukee were caught Wednesday, Nov. 20, and police made them clean up the mess they left.

Jessica Esparza's security camera captured men unloading several bags of garbage in front of her garage near 14th and Becher.

She says she counted 18 bags, and they opened to spread trash in her alleyway. Esparza saw an envelope with an address on it, so she went to investigate.

"I decided to go after the guy and see what else he did," she said.

She says she followed him and saw him dump trash in two more places, so she called the police.

Officers tracked the men down, then brought them back to Esparza's alley and watched over them as they picked up every last piece of trash.

Perez commends Esparza for calling both the city and police.

"It's illegal and it needs to stop," Perez said. "When we have a lot of calls for service in an area, then the attention goes up, the resources are deployed and that's how we keep our neighborhoods organized."

The city has two drop-off locations for waste at 6660 N Industrial Road and 3879 W Lincoln Avenue.

For small amounts, dropping off is free. There can be a $20 fee for larger items.

Dropping off recyclable materials and scrap metal is free.