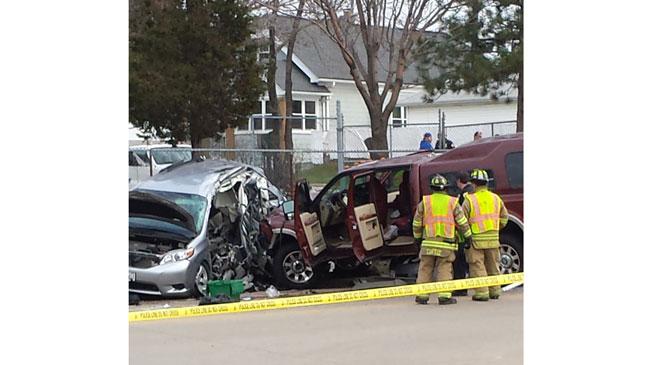 UPDATE: The member of the Milwaukee Fire Department that was arrested for the fatal accident on Opening Day has been released from jail.

He has not yet been charged for the fatal accident.

ORIGINAL: West Allis Police Department confirmed a 31-year-old member of the Milwaukee Fire Department has been arrested for the fatal accident on South 60th Street in West Allis.

An Uber driver and passenger died after a three-car crash in the 700 block of South 60th Street in West Allis on Monday.

It happened just after 5 Monday evening. According to police, a pickup truck driving southbound on 60th hit a minivan making a left-hand turn. The two cars veered in to oncoming traffic, striking a third car.

The driver and passenger of the van died. A passenger in the truck, and the driver of the car suffered non-life threatening injuries.

Police say alcohol and speed appear to factors in the crash. The driver of the truck, a 31-year-old Milwaukee man was taken in to custody on suspicion of Homicide by Intoxicated Use of a Vehicle.