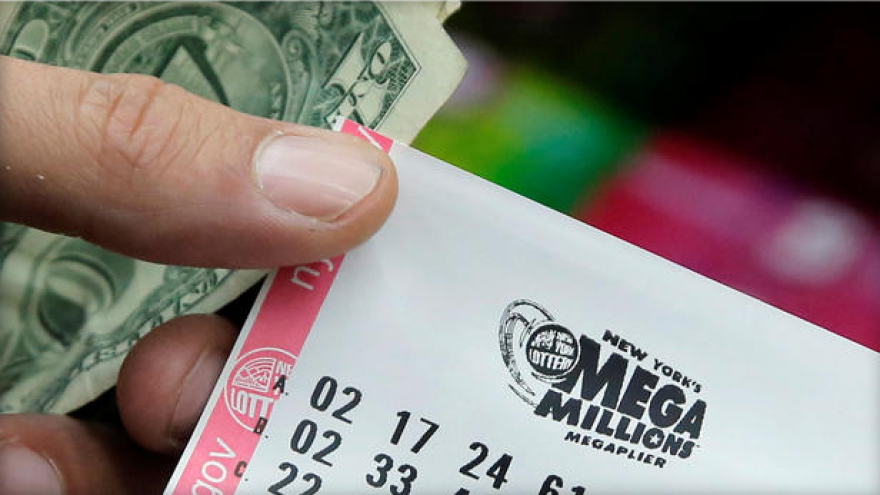 DES MOINES, Iowa (AP) — A winning ticket for a giant lottery jackpot estimated at $521 million has been sold in New Jersey

Mega Millions says one winning ticket was sold in Friday night’s drawing. The winning numbers were 11, 28, 31, 46, 59 and Mega Ball 1. No additional details on where the ticket was sold were available Saturday.

It’s the nation’s 10th-largest lottery jackpot. No one has matched all six numbers drawn since January.

The $521 million figure refers to the annuity option, in which payments are made over 29 years. The cash option would pay $317 million.

Mega Millions is played in 44 states plus Washington, D.C., and the U.S. Virgin Islands.

The winning numbers drawn for Friday's Mega Millions drawing were 11, 28, 31, 46 and 59. The Mega Ball number was 1. The multi-state lottery's jackpot was $521 million, the fourth-largest lottery prize in the game's history.

The $521 million prize is how much a single winner would receive if paid over 29 years. Opting for a one-time cash payout would reduce the amount to $317 million.

Mega Millions drawings are held Tuesday and Friday at 11 p.m. Friday's Mega Millions drawing offered players a chance to spend $2 to try to correctly pick the correct number of five balls valued 1 to 70 and the number and a "Mega ball," numbered from 1 to 25.

Jackpot winners must match all six numbers in a drawing. Tuesday night, two winning tickets matched five of the numbers. Each of the winning ticket owners, from Illinois and New Jersey, won $1 million. Mega Millions can be played in 44 states, the District of Columbia and the U. S. Virgin Islands.

The odds of winning the over half a billion dollars in tonight's progressive jackpot were 302.5 million to one. For comparison, the odds of winning "scratchers" - those little instant winning tickets that you can buy for prices ranging from $1 to $50 - are better, but it's still no way to get rich.

Largest lottery jackpots in the U.S.

Here are the 10 largest U.S. jackpots drawn so far and the states where the winning tickets were sold: