Meet Chef! 1-year-old cat rescued after being found with head stuck in can of Chef Boyardee 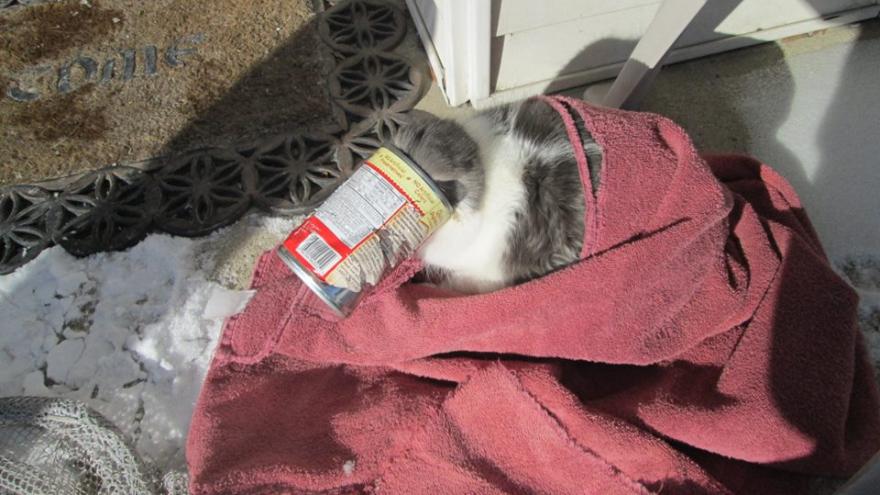 UPDATE: MADACC has confirmed that Chef has been adopted. Congratulations on your new home, Chef!

MILWAUKEE (CBS 58) -- Looking for a spaghetti-loving cat to add to your home?

A cat who got his head stuck in a can of Chef Boyardee Spaghetti & Meatballs is now up for adoption through MADACC.

According to a Facebook post, animal control officers were able to rescue the can whose head was stuck inside of the can while he was scrounging around for food after being left outside.

MADACC says that the 1-year-old male cat has now been cleaned up and is waiting for his forever home.

Those interested in meeting him can stop by MADACC on Tuesday until 5:30 p.m. or Wednesday starting at 1 p.m.