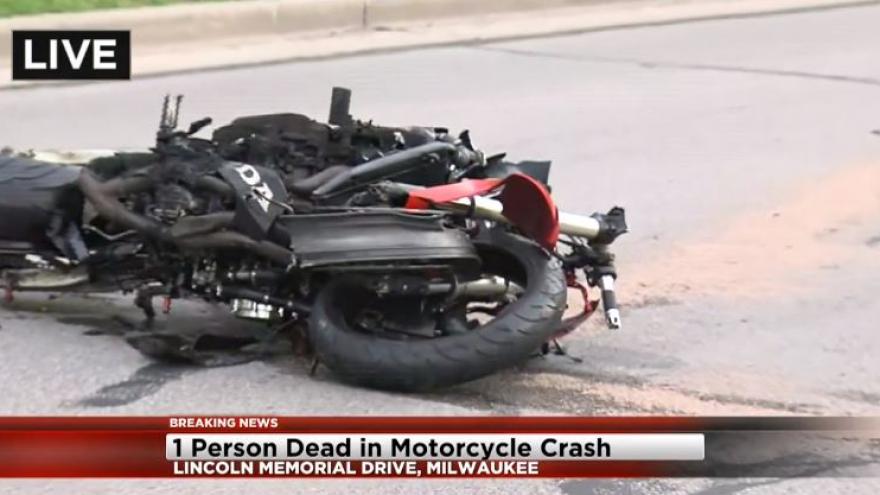 The man who died in a motorcycle crash on Lincoln Memorial Drive on Wednesday, May 17 has been identified as 30-year-old Milwaukee man Jorge Estrada. Estrada was pronounced dead at 2:24 AM Wednesday morning.

The official cause of death by the Medical Examiner has been identified as multiple blunt force injuries.

The ME's report said Estrada was driving at a high rate of speed, lost control of his motorcycle and crashed. The responding fire department said Estrada hit a light pole and severed his lower left extremity. His left leg was found about 100 feet from his body. There was no helmet on the biker when officials arrived but they did find one 20 feet from his body. Officials believe Estrada was wearing a helmet at the time of the crash.

Estrada was riding with two other bikers who have not told officials much information. When emergency officials arrived two bystanders were performing CPR on Estrada. The motorcycle was found about 200 feet from Estrada's body.