UPDATE: Driver of MCTS bus that crashed into Marquette University building on leave 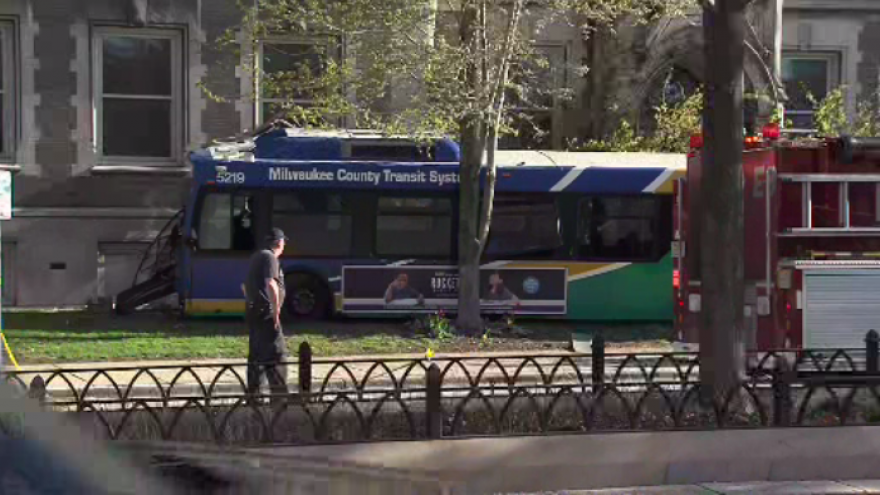 MILWAUKEE (CBS 58) -- Tests done on the driver of an MCTS bus that sped through an intersection and hit a Marquette University building do not indicate any impairment or medical issues.

An investigation of the bus is still being done but so far there is no indication of mechanical failure. Complete testing may take a few weeks to fully rule out.

The driver has been put on leave.

MILWAUKEE (CBS 58) -- An updated release from MCTS says that the Route 12 bus was driving south on 12th Street when it accelerated turning left onto Wisconsin Avenue. The bus then drove on the sidewalk and hit a tree before hitting Johnston Hall on Marquette University's campus.

The bus driver is a 59-year-old man driving for 12 years. The driver is going through a medical test to rule out any medical issues which is standard procedure.

UPDATE: MILWAUKEE (CBS 58) -- Three passengers and the driver were taken to a local hospital following a bus accident on Tuesday afternoon.

According to MCTS, all were being treated for minor injuries.

MCTS and police are still working to determine the cause.

MILWAUKEE (CBS 58) -- No injuries were reported after a bus lost control and ended up on a sidewalk near the Marquette Campus.

According to MCTS, the driver of Route 12 lost control while turning left from 12th street to Wisconsin Avenue.

The bus ended up on the sidewalk near the Church of the Gesu. 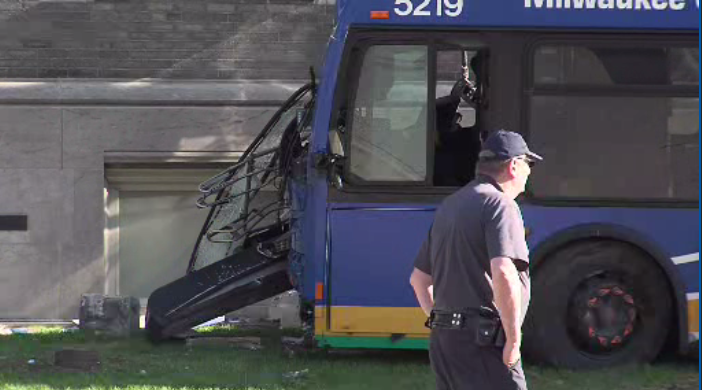 No serious injuries were reported.

Around 5:15pm a Route 12 bus lost control while turning left from 12th street to Wis Ave.
Bus ended up on sidewalk near Gesu Church.
No serious injuries reported at this time.
More info as it becomes available.