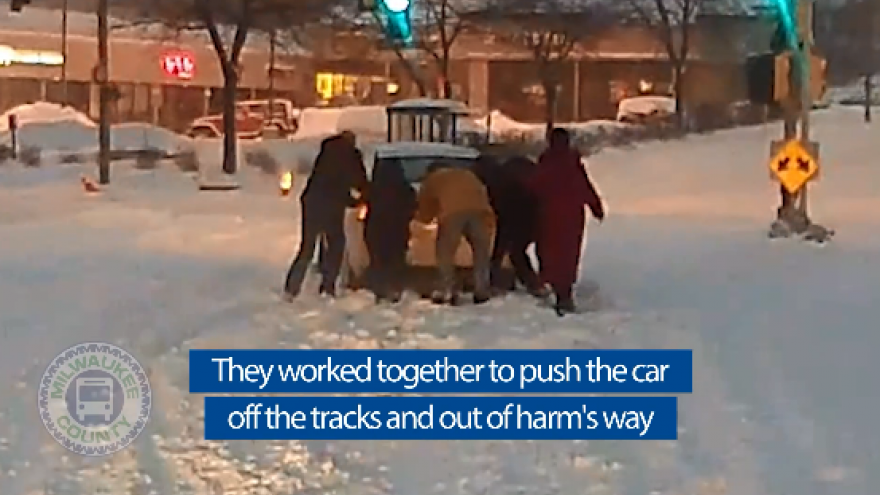 MILWAUKEE (CBS 58) -- A bus full of people came together to help a woman whose car was stuck on railroad tracks in Wauwatosa.

Bus driver Shenika Merrill was navigating a snowstorm when she saw something off in the distance.

When she realized it was a car stuck on railroad tracks, she knew she had to help.

"Somebody needs to help get that person off the tracks," Merrill could be heard saying on camera. "That's very dangerous."

Merrill and one of her passengers went to help. One by one, the other riders on the bus joined them.

Together they all worked to free the car.

The woman in the car was on her way to work at a hospital.

She later wrote in to say thank you and told the bus driver and passengers that they're the reason she was able to get to work to save lives.