Mayoral Candidates Square Off and Get Personal in Second Debate 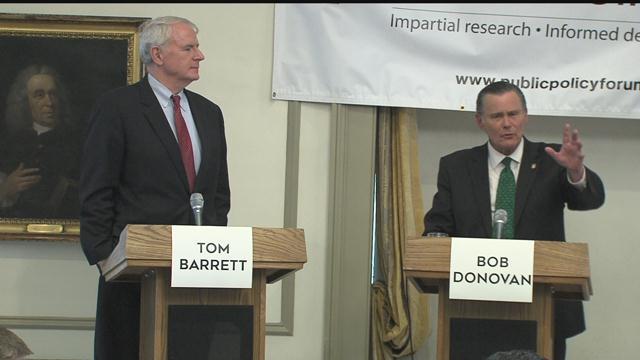 Mayor Tom Barrett and Alderman Bob Donovan squared off in their second mayoral debate today at the University Club downtown.

The pair touched on a number of topics including crime in the city and the street car, which Alderman Donovan has strongly opposed.

But a heated exchange between the candidates came when Mayor Barrett brought up race relations in the city.

Barrett read from a press release from Alderman Donovan where he criticized the quote "Deteriorating African American Culture."

Donovan touted his plan for increasing public safety while the mayor says he hopes to focus on new city development.