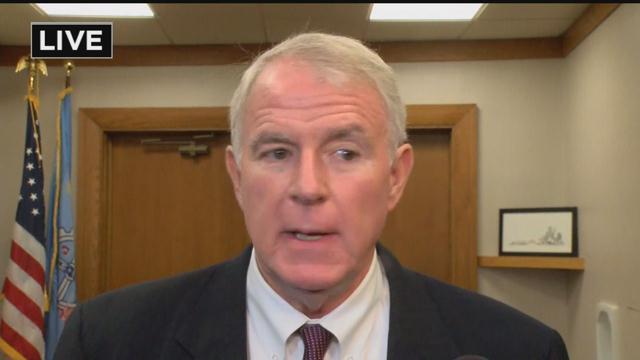 The announcement comes after the city recorded 24 murder in August.

That's the highest monthly total since July of 1991 when the victims of serial killer Jeffery Dahmer were discovered.

Barrett and Milwaukee Police Chief Ed Flynn maintain that law enforcement is just one part of the equation.

Chief Flynn tells CBS 58 News that he plans to try again to get Madison to tighten restrictions on concealed carry permits that would prevent repeat offenders from obtaining firearms.

CBS 58 News is putting together a special report on violence in the city of Milwaukee.

It's called "Milwaukee at a Crossroads" and will air commercial free Tuesday, September 6th at 7 p.m.

Earlier in the week, a proposal fell by the wayside which would have put funding more officers up to a public vote.

Alderman Terry Witkowski who came up with the proposal said he was disappointed the council never took up the issue.