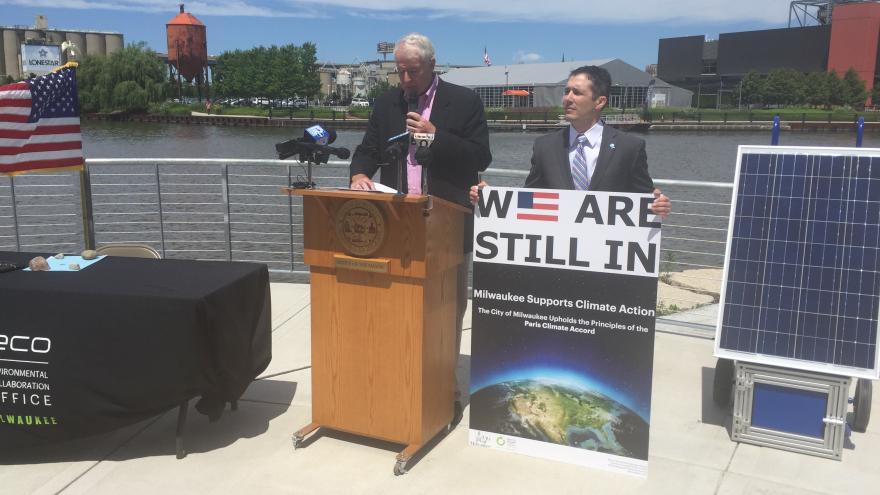 This month President Trump pulled the plug on the country's involvement in the Paris Climate Agreement, but Milwaukee Mayor Tom Barrett says he's standing by the deal that aims to reduce greenhouse gas emissions.

Friday, he signed a resolution showing Milwaukee's support for the climate agreement.

Mayor Barrett is one of more than 300 mayors across the U.S. to show their commitment to the Paris Climate Agreement. He says the city has to consider the threat of climate change, “We understand we are all in this together, so President Trump's decision to withdraw from the climate agreement, which happened to be signed in Paris, is tragic, both for the environment and America's leadership around the world. We can reduce the consumption of fossil fuels through energy efficiency and new investments in renewable energy. That's what we're working on in Milwaukee.

Mayor Barrett says Milwaukee is adding solar panels to buildings, adding green space around town. He also says the city is urging people to think twice about driving to short distances instead choosing to walk or bike.