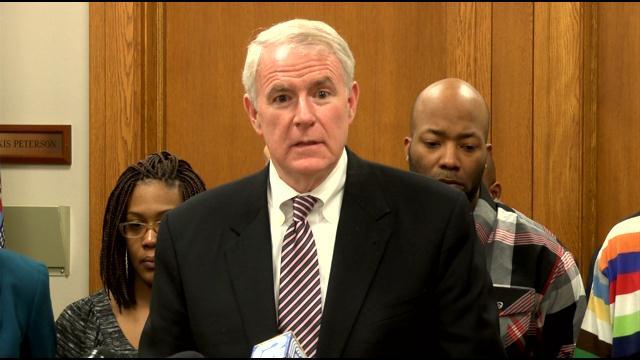 Protesters blocked traffic on I-43 Friday night, many were arrested. Several complained that officers were heavy handed.

It was the latest demonstration demanding an indictment against former Milwaukee Police Officer Christopher Manney who shot Dontre Hamilton more than a dozen times during a struggle in Red Arrow Park last April.

Hamilton was known to be emotionally disturbed and Manney was fired for doing an out of policy pat down.

In the past, protesters had dispersed when warned by police or deputies. Milwaukee Police say they were forced to take action when they began to block traffic.

Fellow demonstrators then marched from the interstate to the Police Administration Building in a show of supporter for those who were detained.

Mayor Barrett who just one day earlier announced that he would require all officers to undergo training on how to deal with the mentally ill, issued the following statement:

\"I'm angry and disappointed that the individuals involved in tonight's protests decided to take their demonstration to the interstate and disrupt the lawful flow of traffic and jeopardize the safety of citizens. The Milwaukee Police Department has shown commendable and considerable restraint in policing all of the protest activities to date.

Tonight's demonstration, however, crossed the line of lawful protest and put the lives of the demonstrators and the general public in harm's way. Those individuals actively engaged in such activity should be arrested and charged.\"