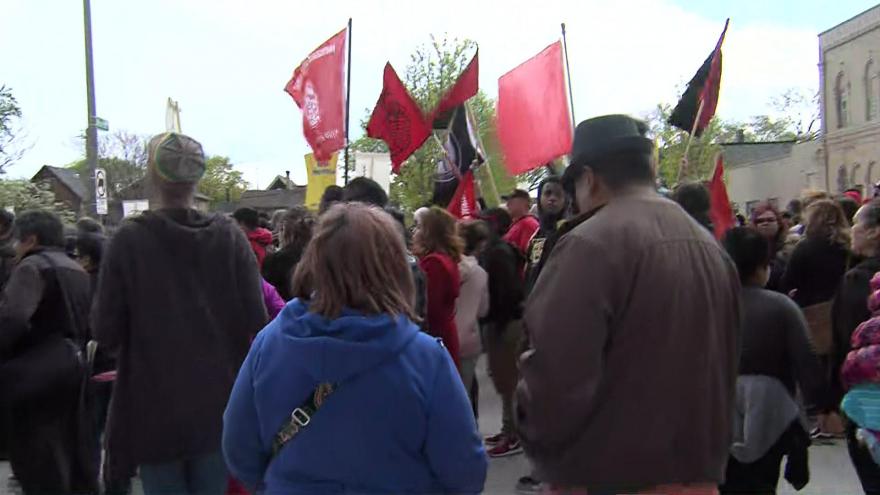 A massive crowd has gathered in downtown Milwaukee in support of immigrant rights.

For years, we've reported on the Day Without Latinos March. This year, organizers are taking a very personal swipe at Milwaukee County Sheriff David Clarke.

Thousands are expected in the city today. At issue, using deputies to assist immigration agents and the ugly back and forth between the sheriff and the march organizers - Voces De La Frontera, who the sheriff referred to as slimy.

The weather is holding up and protesters are getting ready to march nearly 2 miles to the Milwaukee County Court House at this time.

Protesters are upset with Sheriff David Clarke and they are asking Governor Scott Walker to remove him from office. Clarke wants to use his deputies and corrections officers to enforce federal immigration laws. He specifically wants to join the Homeland Security Department's 287(G) Program which essentially deputizes local law enforcement officers.

Many in attendance today are immigrants themselves and say everyone has a story and they hope those stories will be heard.

\"Whether you're a democrat or a republican, I think it's important as a human being to know that we all need to come together and to allow others to come together and say these things being done are inhumane, and some people don't know of those stories,\" said protestor Norma Duckworth.

Police are also out escorting protesters to the courthouse and ensuring everyone stays safe.