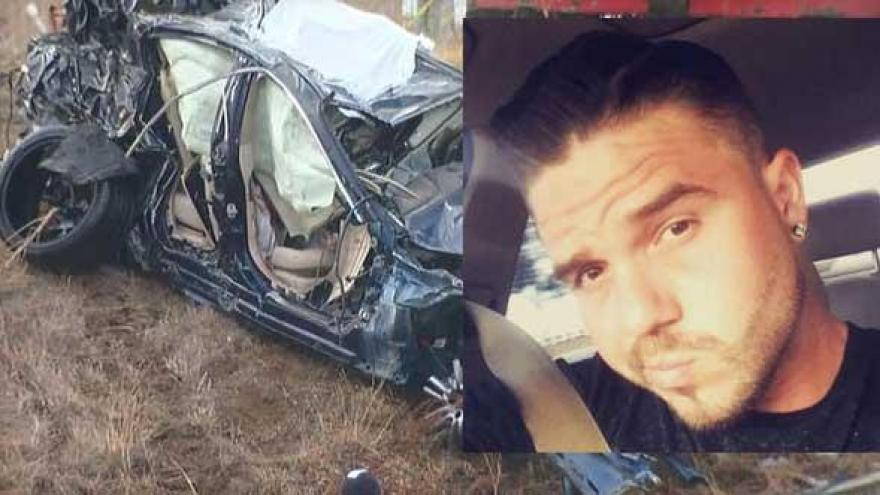 HIGHLANDS RANCH, Colo. (CBS NEWS) – A young Maserati salesman outside Denver was killed driving one of the high-performance and high-price sport cars shortly after posting a Facebook live video showing him going from zero to 110 miles per hour in 20 seconds.

CBS Denver reports the driver was identified as 24-year-old Brandon Gionapoulos, a salesman for the Mike Ward Maserati and Infiniti dealership in Highlands Ranch, a suburb south of Denver.

The Douglas County Sheriff’s Office said “reckless speeds” were a contributing factor in the crash.

Hours before the wreck was discovered, around 7:25 p.m. on Friday, Gionapoulos posted a soundless Facebook Live video showing the dashboard of a Maserati. The short video shows the vehicle going from zero to 111 miles per hour in just about 20 seconds, and then ends. As a salesman, Gionapoulos reportedly had access to the luxury sports cars, which normally cost over $100,000.

It has not been confirmed if the video is connected to the crash that claimed Gionapoulos’ life. It’s also not clear when the crash occurred. The mangled car was spotted by a passerby around 10 a.m. Saturday, but officials have not said yet when exactly the car crashed. An investigation is ongoing.

Friends of Gionapoulos took to social media to say they hope it serves as a warning to other drivers.

“Had a coworker lose control of this vehicle at the end of this video last night and has passed away. Please be careful when you drive!” a friend wrote on Facebook.

Authorities confirmed no other cars or people were involved in the crash and Gionapoulos was the only occupant of the car when it went off the road.