Mascots Made in Milwaukee 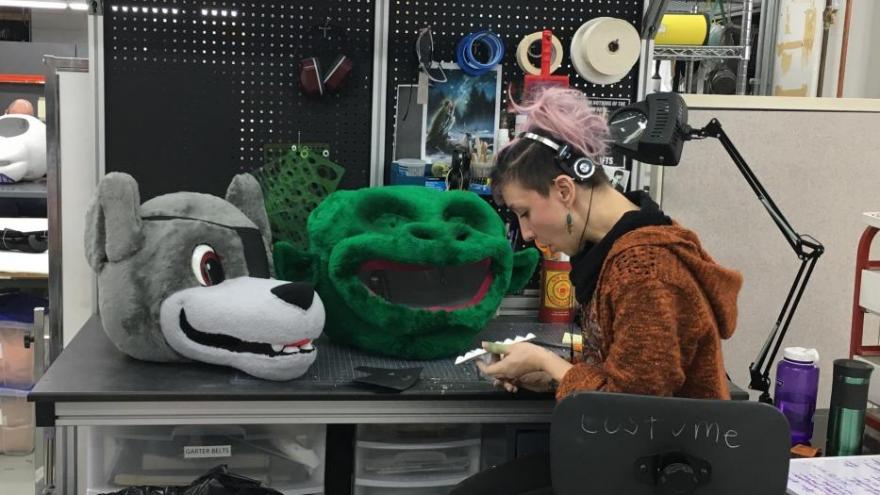 People have many different strategies for picking NCAA Tournament winners. Better defenses, the better coach or the better mascot. Here’s another: pick you winners based on mascots Made in Milwaukee.

Six of the 68 tournament teams came from the Brew City.

Providence, Louisville, Miami, UCLA, Seton Hall and Wisconsin’s Bucky Badger all in the NCAA Tournament and all born in Milwaukee.

“There’s not that many US manufacturers, so I guess that kind of puts us a step ahead.” Said Olympus Group mascot division account manager Vanessa Walcott.

Olympus Group, a family owned company on Milwaukee’s Northwest side has made more than 16,000 mascots. Walcott loves it when members of the Olympus mascot family go on to great things.

"Every time I see them, especially during the NCAA tournament, it's a lot of fun and I get very excited." Walcott said.

The work floor at Olympus Group is surreal, like they’re manufacturing something right out of your imagination and in a way, they are.

"There have been so many things that we've created that are just amazing,” said Walcott. “It's just really fun to see what the final sketch looks like in comparison to the completed mascot. It's great to see it come to life."

In Vanessa’s opinion, Olympus’ most impressive mascot was a two-person mastodon for Wheaton College. The weirdest? An anthropomorphic uterus for a women’s healthcare facility.

"You'd never really think a uterus would be a mascot but it worked and it was quite cute." Said Walcott.

Olympus Group knocked it out of the park with Bernie Brewer, Barrel Man and the Racing Sausages. They do all the Yogi Bear mascots for Jellystone Parks and Culver’s Scoopie.

"We have very talented, artistic people in this department,” Walcott said. “And their heart and soul goes into every component that's made."