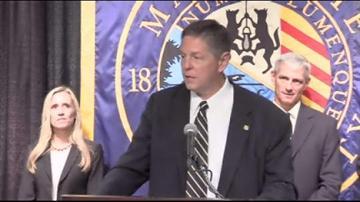 The official announcement held at the Alumni Memorial Union on campus.

He oversaw 19 NCAA Division One athletic programs at Ball State University where eight program made the post season and 13 teams either placed first or second in the Mid-American Conference.

Scholl also prides himself on academics and under his direction had 14 teams at Ball State scoring better than the national Division One Average in the NCAA's academic progress report baseline.

\"My pledge to the Marquette family is to work tirelessly to continue to build an athletics program that does it right in every possible way,\" School said. \"Our students will represent Marquette in a way that will make the alumni proud.\"

\"The leadership Bill will provide is huge,\" added new men's basketball coach Steve Wojciechowski. \"I think we were all anxious to see who that new leader was going to be.\"