Marquette to hold mass for James Foley on anniversary 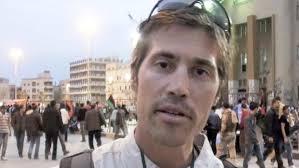 Marquette University has announced that they will hold a mass celebrating the life of alumnus James Foley on the one-year anniversary of his death. The mass will be held on Wednesday, August 19 at noon in the St. Joan of Arc Chapel.

Rev. Fred Zagone, S.J., is the celebrant at the service. Father Zagone, chaplain of the Marquette University Alumni Association, led the prayer vigil held for Foley in late August 2014 at Church of the Gesu on Marquette’s campus. Father Zagone is friends with the Foley family.

Foley was killed in August 2014 by the terrorist group ISIS after being abducted by the group months earlier. Foley was a 1996 graduate of Marquette's Klingler College of Arts and Sciences. Since Foley's death, over 1,300 donors have contributed more than $320,000 to the James Foley Endowed Scholarship Fund.