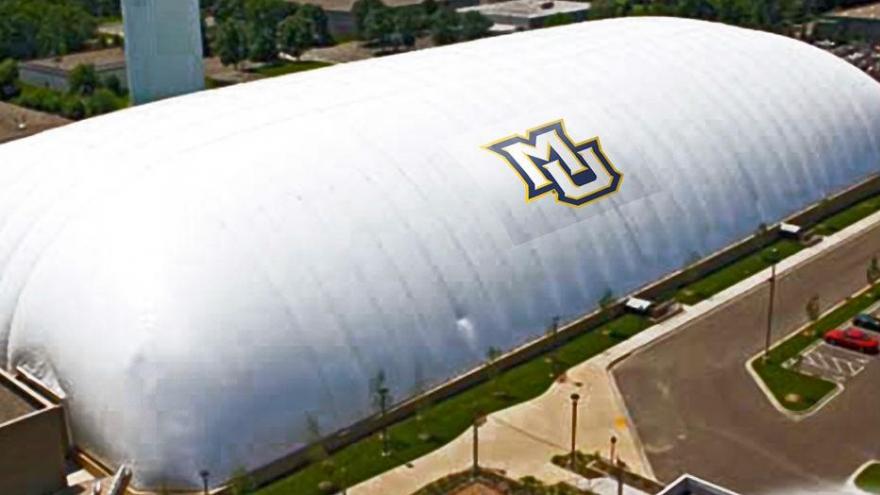 On Monday, January 30, Marquette University will officially open its new seasonal dome with an indoor men’s lacrosse practice, which starts at 1:15 PM.

The seasonal dome will provide practice and training facilities for intercollegiate athletes as well as club and intramural participants. Marquette partnered with C.D. Smith Construction Services on the project, a Milwaukee-based, family-owned and operated company that has completed major projects in nearly 20 states.

The seasonal dome was installed earlier this week, and Facilities Planning and Management team members worked this week to complete the interior, finishing turf repairs and hanging lights.

The seasonal dome will stay up annually for about five months over winter and early spring.