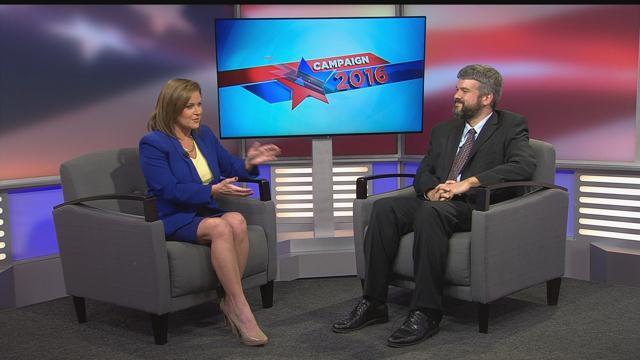 Wisconsin is not a winner take all state.

That means all the delegates do not automatically go to the top finisher in the presidential primary.

Instead there could be a dividing of the pie that might make declaring a candidate with momentum hard to spin once the election is complete.

Marquette University Assistant Professor of Political Science, Paul Nolette, was a live guest on the CBS 58 News at 4 p.m. to talk about how candidates might spin the results depending on how they finish.

That interview is attached to this story.

The Democratic Delegate Breakdown involves a total of 96 delegates that will be going to the national convention.

Lastly, we have 10 unpledged delegates (aka super delegates). These delegates are not required to adhere to the results of the primary on April 5.

There are 42  Wisconsin delegates to the Republican National Convention.

The primary results will determine who gets  24 district delegates in each of the 8 congressional districts.