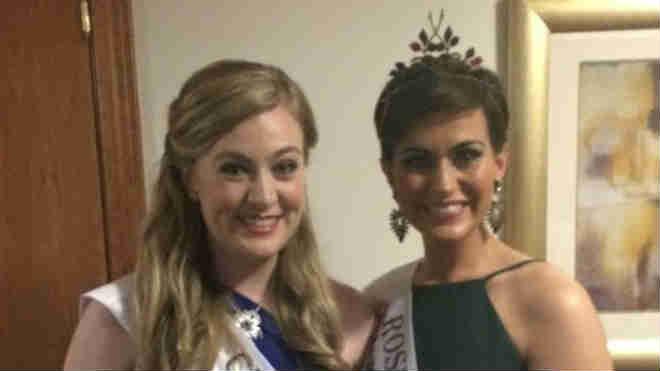 Recent Marquette Graduate Maeve McSweeney had advanced in the International Rose of Tralee contest in Ireland.

The tradition is based on the beloved ballad of the same name with judges looking for the rose with the \"truth in her eyes.\"

The contest is open to women of Irish descent from all over the world. There are some 60 to 70 centers world wide that send a woman between 18 and 28 each summer to represent their city.

There is no bathing suit competition. The contest is personality based.

Women who are interested must go through a series of qualifiers at various centers. The closest center for Wisconsin women is Chicago. Maeve was selected to represent the Midwest at the end of March based on a personal, one on one interview with the judges and an on stage presentation that included her singing an Irish song \"The Parting Glass.\"

Just this past weekend, Maeve was in Ireland to meet close to 60 other regional roses where the judges, based on a similar criteria, selected just under 30 roses to advance in the final stage of the competition.

The regionals in Ireland included various public appearances and parades and Maeve mentoring a young girl, called a rosebud.

It's an aspect of the festival that is especially dear to Maeve given her volunteer work at Children's Hospital of Wisconsin.

The final competition in Tralee, Ireland in August, will include a live television appearance.

Maeve will have plenty of family from her mother's native County Louth  to cheer her on.

Maeve is not the only Wisconsin connection to the Rose of Tralee.

The 2013 Chicago Rose of Tralee, Bridget Rose Conway, has family in Wauwatosa and the 2009 Chicago Rose, Deidre McNulty, is also a Marquette University Graduate.

And if we go way back to 1985, the Chicago Rose was CBS 58's Michele McCormack who served as emcee for the local selection of Maeve.