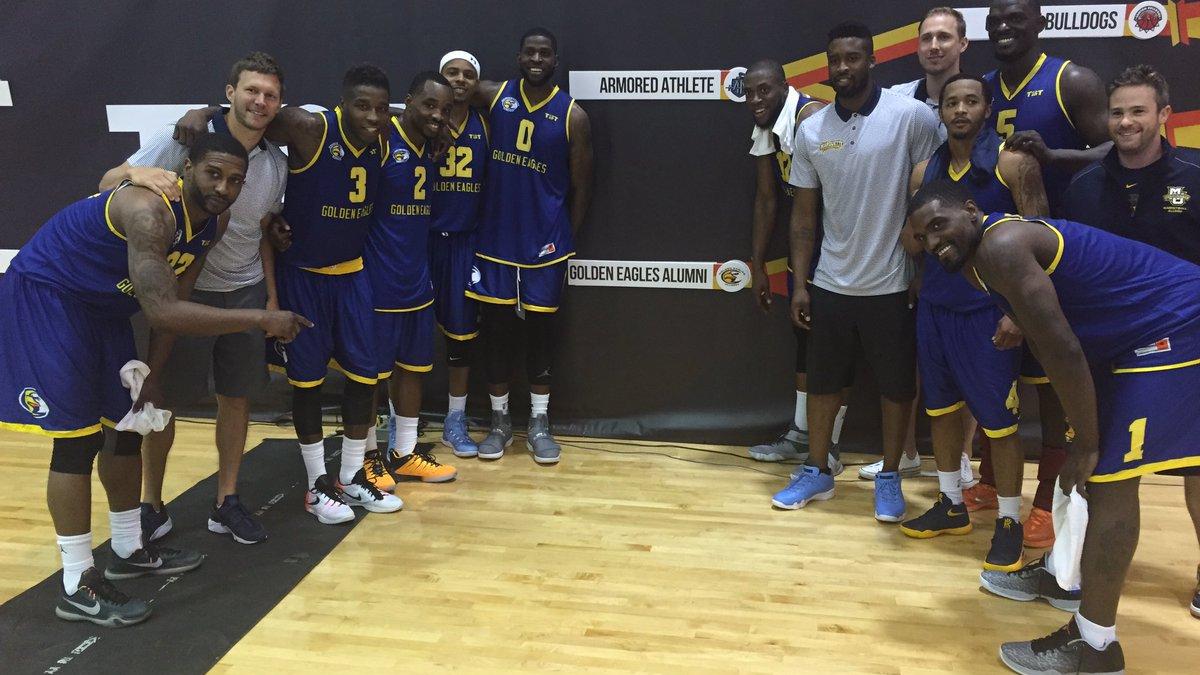 Thanks to summer league games, pro tryouts and leagues all over the world the basketball off-season seems to shrink every year. But in the middle of July a group Marquette alumni are back on the court. Nine of the best players to ever put on the Golden Eagles uniform are doing it again.

Joe Chapman explains why, "Number 1 reason, playing with my brothers."

Chapman and his brothers are in the simply named "basketball tournament" and turns out it was an easy decision to come back.

"This is home, Marquette is home," NBA superstar and Golden Eagles Alumni coach Wesley Matthews tells me. "This is family, these guys back here are my family. We've endured a lot together, just to be a part of something Marquette again is a great feeling."

Matthews' former teammate Jerel McNeal agrees. "I have a really good relationship with all of those guys. When they asked me to come back and be a part of the team i was happy to."

"At Marquette we have a really tight brotherhood and I'm happy to be here with these guys," Darius Johnson-Odom adds.

The Golden Eagles not only have the chance to play with their former teammates. They also have a shot at the 2 million dollar grand prize.

They've won their first two games making it to this week's "Super 16". But it wasn't always pretty getting there. Marquette was down 15 in the second half of game one. That's when their NCAA experience kicked in.

"It triggered an alarm on us," says Dwight Buycks. "We aren't going out in the first round, so we saw that and everybody immediately clicked, we fought for each other and made plays for each other."

As the golden eagles staged their comeback the crowd got more and more into the game turning the atmosphere into something special.

"We started coming back and you get the crowd behind us, that was the best feeling you could have," says Chapman.

Even seven year NBA veteran Wesley Matthews was impressed, "It was amazing. I got chills, I got goosebumps, it was awesome."

The Golden Eagles Alumni will continue their quest against a team called "Armored Athlete" that features a few Indiana graduates.