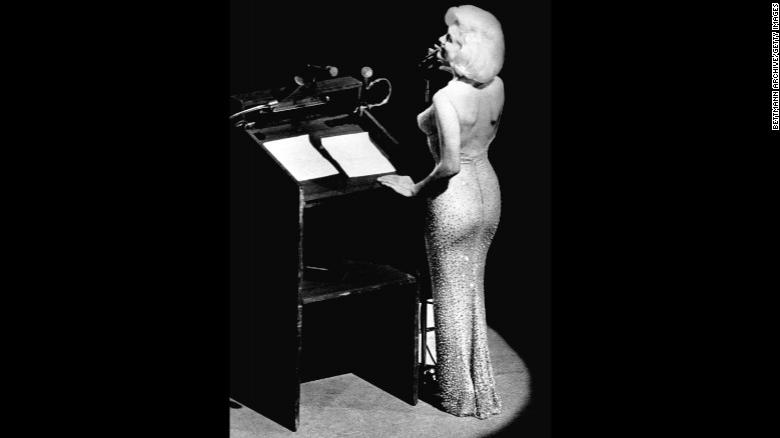 (CNN) The most valuable item of personal clothing ever owned is about to hit the auction block -- again.

Created by Hollywood costume designer Jean Louis, the dress sold for $1.27 million at a Christie's auction in 1999, making it the most expensive personal item of clothing ever to be sold at auction.

It's estimated to sell for up to $3 million this time around.

"(How much it will sell for) is a difficult thing to predict, but we feel it will sell for more than double of its current estimate," said Darren Julien, president and CEO of Julien's Auctions. "It's truly the most important artifact of Marilyn's career that could ever be sold."

Monroe wore the famous dress at a 45th birthday celebration for Kennedy held at New York's Madison Square Garden on May 19, 1962.

It's said the dress was so tight that she had to be sewn into it before getting on stage to sing "Happy Birthday."

Monroe's shade of Revlon lipstick? "Bachelor's Carnation." The used tube is expected to sell for up to $3,000.

The auction will also include a number of other personal items of Monroe's, including a used tube of lipstick, jewelry, cigarettes and several other dresses, which are also expected to attract significant interest.

It's a trend not limited to her personal items, with Monroe's movie outfits also attracting huge premiums.

The white dress Monroe famously wore over a grate in "The Seven Year Itch" sold for $4.6 million in 2011, making it the most expensive dress ever sold at auction, a record it still holds today.

"In the world of investing, Marilyn Monroe has proven to be a blue chip when it comes to a secure asset," Julien said.