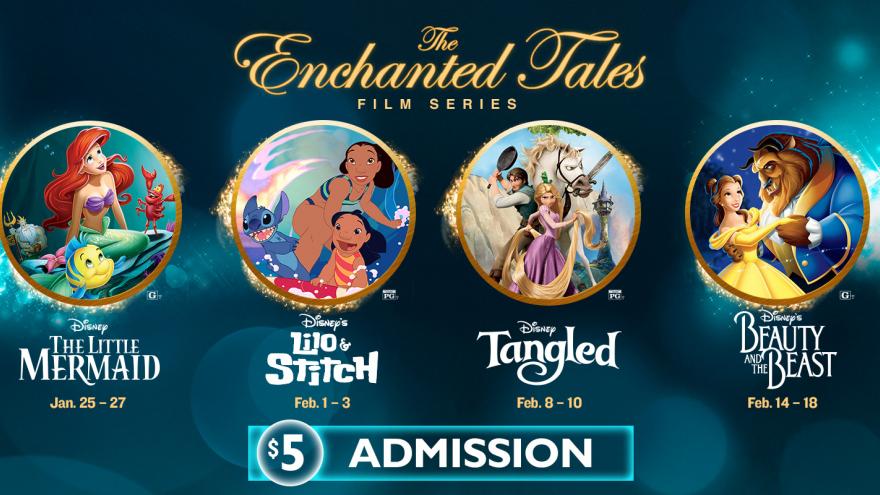 MILWAUKEE (CBS 58) -- Marcus Theatres are bringing back some classic Disney films during their Enchanted Tales Film Series. Moviegoers of all ages will be able to see favorites including “The Little Mermaid,” “Lilo & Stich,” “Tangled” and “Beauty and the Beast.”

Movie admission during the film series is just $5 per ticket.

A rebellious mermaid princess makes a dangerous deal with an evil sea witch in order to meet a human prince on land.

A Hawaiian girl adopts an unusual pet who is actually a notorious extra-terrestrial fugitive.

The magically long-haired Rapunzel has spent her entire life in a tower, but once a runaway thief stumbles upon her, she discovers the world — and who she really is — for the first time.

A selfish prince is cursed to become a monster for the rest of his life, unless he learns to fall in love with a beautiful young woman he keeps as his prisoner.