NOW: Marchers rally against 287g program during Day Without Latinxs and Immigrants march in Waukesha

WAUKESHA, Wis. (CBS 58) – Thousands of people from across Wisconsin are marching for immigrant rights.

About 5,000 were expected to attend Tuesday’s Day Without Latinxs and Immigrants event in Waukesha. All morning, marchers chanted “Si se puede” or “Yes We Can.” 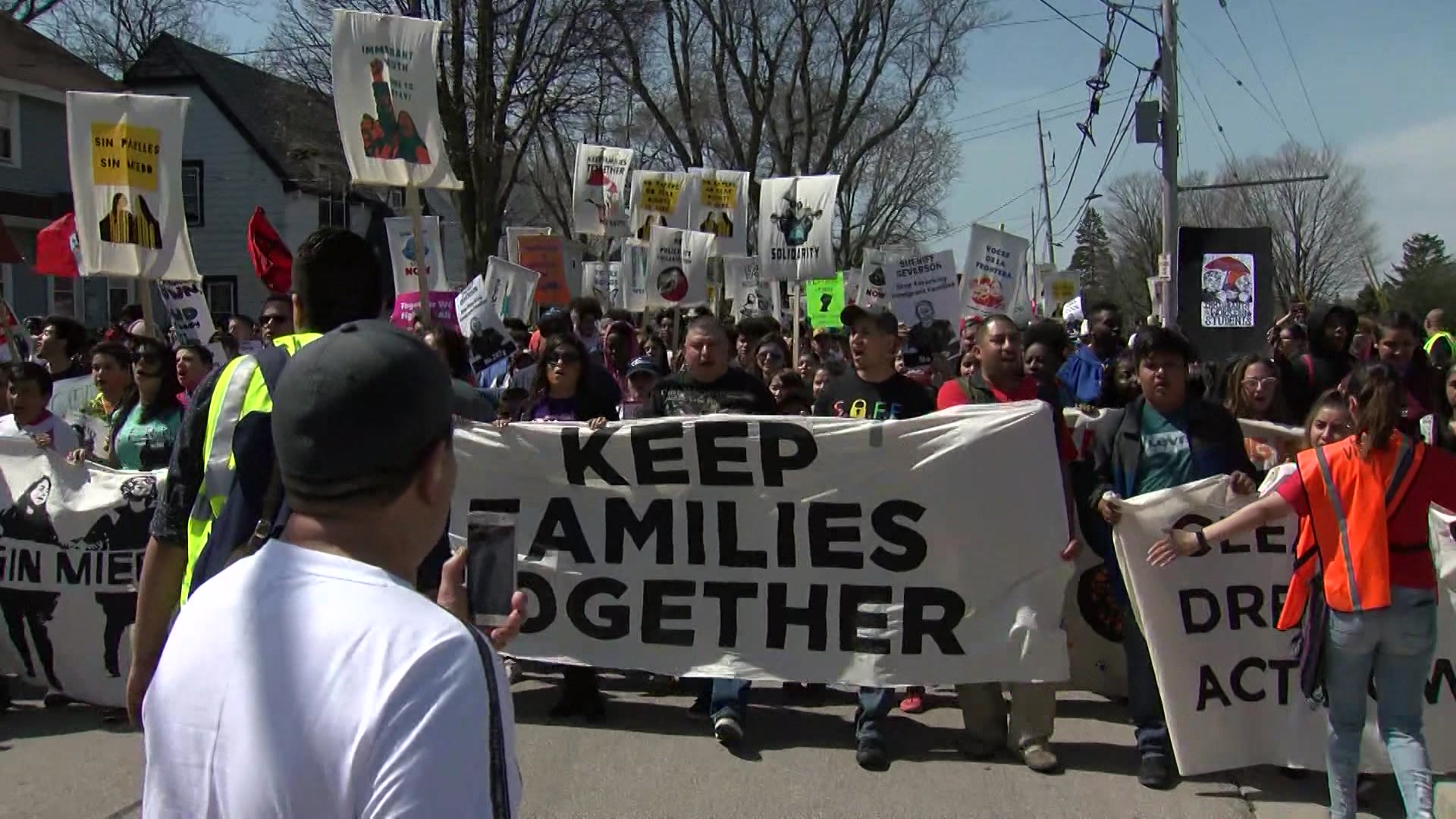 Marchers walked from Cutler Park to the Waukesha County Courthouse speaking up for immigrants. Back in March, Waukesha Sheriff Eric Severson signed an agreement for the department to work closely with immigration authorities through a program called 287g.

People are chanting "Si se puede" (yes, we can). Families from across the state are here rallying against 287g. @CBS58pic.twitter.com/62YNuM2TOs

Some deputies are scheduled to get training for the program in June and marchers say they don’t want this in their community.

“It’s an injustice. It shouldn’t – local police should do their job locally and not interfere with ICE,” said marcher Plasida Mendez.

“We are marching not only for solidarity for the immigrants but especially against 287g and Severson. We don’t want hate in our state,” said Voces de la Frontera organizer Jennifer Estrada.

Others showed their support for the 287g program.

At the courthouse a woman is showing her support for 287g. A program that would train law enforcement to work closely with immigration authorities. @CBS58pic.twitter.com/h8A7KFXLJJ

"My constituents want me to work corporately with federal, local and state agencies to follow the law and to not release people who are here illegally and commit crimes," said Severson.

It's a jail model program which allows deputized officers to detain inmates who are subject for deportation.

The department plans to implement the program this summer.