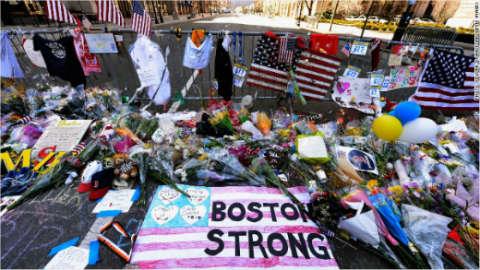 Thousands of runners are ready for the Boston Marathon Monday.  This is the second running of it since the bombing in 2013.

Security will be tight again this year. But Boston city leaders say runners shouldn't worry about their safety, instead focusing on their run. Many runners say the increased police presence is a welcome sight. The Marathon takes place just one day before the sentencing phase beings for convicted bomber Dzhokhar Tsarnaev. That phase is expected to last four weeks. Wauwatosa's Peter Stefaniak finished the 2013 race an hour before the bombs went off. He went back to Boston last year because of what happened in 2013.

\"Walking through that finish area and seeing the memorial they had set and all the people, it was dead silence,\" Stefaniak said. \"Normally it's real festive, everybody's taking pictures of the finish line the day before the race. It was different, you had an eery feeling walking through there. We made a point to do it and to take pictures of it because I want to remember it.\"

More than a million people are expected to watch the race along the running route. There's an expected 30,000 runners set to participate.