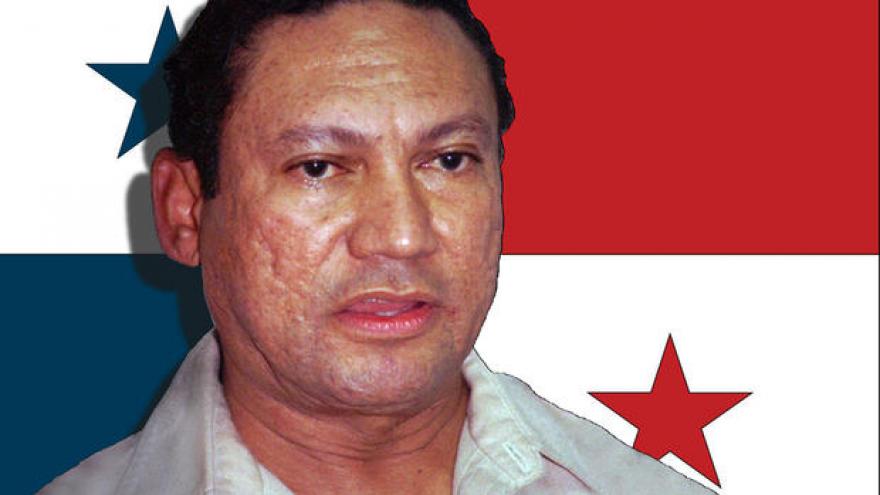 Former Panamanian dictator Manuel Noriega, the military strongman and former CIA informant who was forced from power by an American invasion and spent the last 27 years of his life in prison, died late Monday after suffering a brain hemorrhage resulting from surgery. He was 83.

His death was announced on Twitter by Panamanian President Juan Carlos Varela‏, who said it "closes a chapter in our history; his daughters and his family deserve a funeral in peace."

Noriega had been transferred to house arrest in Panama City on Jan. 29 to prepare for a procedure to remove a benign brain tumor. He went in for a second surgery on March 7, his daughters said, but was left in critical condition after the procedure.

Raised in the Panama City slums, Noriega rose to prominence in Panama under Gen. Omar Torrijos, who seized power in a 1968 coup. Two years after Torrijos was killed in a plane crash, Noriega took control of the Panamanian government. He was propped up by U.S. officials, who paid him hundreds of thousands of dollars to fight drug trafficking. He also served as a CIA informant.

According to testimony by former U.S. officials, his assistance was crucial to advancing U.S. foreign policy interests in South America in the 1980s. Donald Winters, chief of CIA operations in Panama, said Noriega brokered deals with South American leaders and acted as a liaison to Cuban President Fidel Castro. He also provided intelligence about guerrilla and terrorist activities, even granting safe haven to the U.S.-backed former Shah of Iran.

But relations between Noriega and the U.S. turned sour by the late 1980s due to allegations of his own drug trafficking activities and his insistence on political independence. The U.S. cut off aid to Panama in 1987, and President George H.W. Bush ordered the invasion of the country in Dec. 1989, sending 24,000 troops to topple the Noriega government. Twenty-three American soldiers were killed in the operation and hundreds more were injured.

The U.S. military action to remove Noriega from power twenty-eight years ago ended a saga of American support for a former ally and dictator, CBS News' Pamela Falk reports, and ten years later, the U.S. would sign the Panama Canal Treaty, returning control to Panama.

Noriega took refuge in the Vatican embassy, where he enjoyed protection under international law. Beginning on Dec. 25, 1989, U.S. forces blasted '80s rock music -- Noriega was a big opera fan -- toward the embassy in an attempt to force him out. The troops played Van Halen's Panama, the Clash, Twisted Sister, Bon Jovi and The Howard Stern Show, according to the National Archives. After heavy diplomatic posturing between the U.S. and the Holy See, Noriega surrendered on Jan. 3.

Extradited to Miami, Noriega served 20 years in a Florida prison for drug trafficking. After completing that sentence, he was extradited to France to serve time for money laundering. In 2011, he returned to Panama to complete a 60-year sentence for murder, corruption and embezzlement during the military's three-decade rule.

In 2015, he appeared in a televised jailhouse interview -- his first time on camera since a 1996 interview with CNN's Larry King -- in which he asked for forgiveness from the Panamanian people. Referring to himself as the "last general of the military era," Noriega apologized to those "offended, affected, injured or humiliated" by his own actions or those of his superiors and subordinates during the regime that he began serving as a low-ranking officer in the 1960s.

"Before the altar of my conscience I've come to express myself in the spirit of forgiveness," Noriega said.