Man's last paycheck paid out with pile of greasy pennies 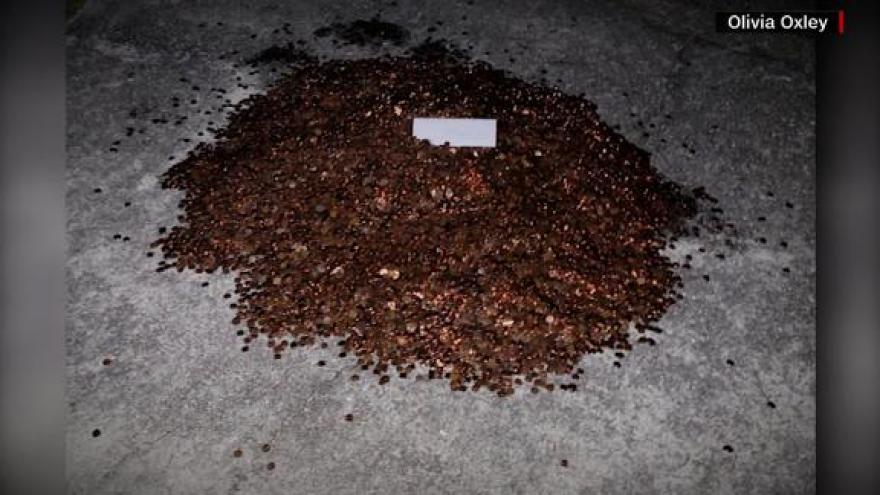 GEORGIA -- A Georgia man is sorting through his last paycheck from his old job after it was delivered in the form of more than 500 pounds of pennies.

Andreas Flaten quit his job in November after arguing with his boss -- reportedly over not being able to pick up his child from day care -- at A Ok Walker Luxury Autoworks in Peachtree City, Georgia.

Flaten had a hard time getting his final paycheck of $915. He even had to turn to the George Department of Labor for help.

Finally this month, he got his payment in pennies dumped in a pile on his driveway, covered in what he believes is power steering fluid.

It also came with an obscene note, telling Flaten to do something anatomically impossible.

"Gonna be a lot of work for money I've already worked for," said Flaten.

Just moving the pennies into his garage in a wheelbarrow flattened the tires. The department of labor says there's nothing technically wrong with paying in pennies.

"It doesn't matter. He got paid. That's all that matters. He's a [expletive] weenie for evening bringing it up."