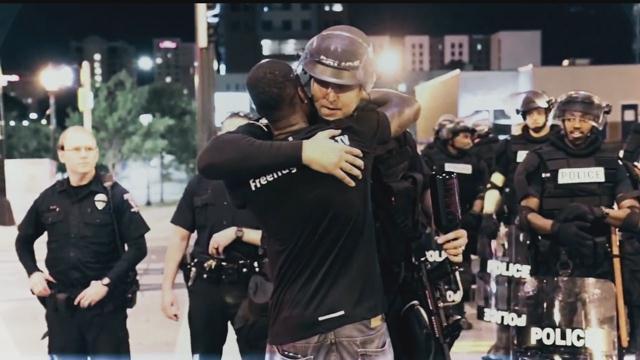 While some protests on the streets of Charlotte turn violent after an officer involved shooting, one man is trying to calm racial tensions by giving out hugs.

He has gone across the country with a message of peace, and that included embracing police in full riot gear, right in the middle of violent protests.

Some protesters taunted him for it.

So he turned to them and explained that the police need our compassion, too.

He said he wasn't sure how police officers would respond.

Later, he said one officer thanked him for the hug.

To learn more about Ken's nationwide campaign for peace, check out his Facebook page here.