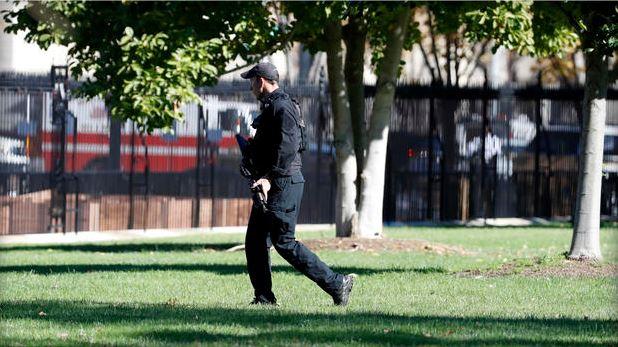 (CBSNews) WASHINGTON -- The U.S. Secret Service says a man with a firearm walking near the White House led authorities to briefly lock down the property as a precaution.

A uniformed Secret Service officer confronted the unidentified man on Saturday afternoon as he walked along Pennsylvania Avenue near Madison Place, on the eastern side of Lafayette Park.

The man was placed under arrest after a brief struggle and turned over to the local police department.

He faces several charges, including carrying a firearm without a license, carrying unregistered ammunition and resisting arrest.

President Obama was not at the White House at the time. He was in Maryland, playing golf at Andrews Air Force Base.