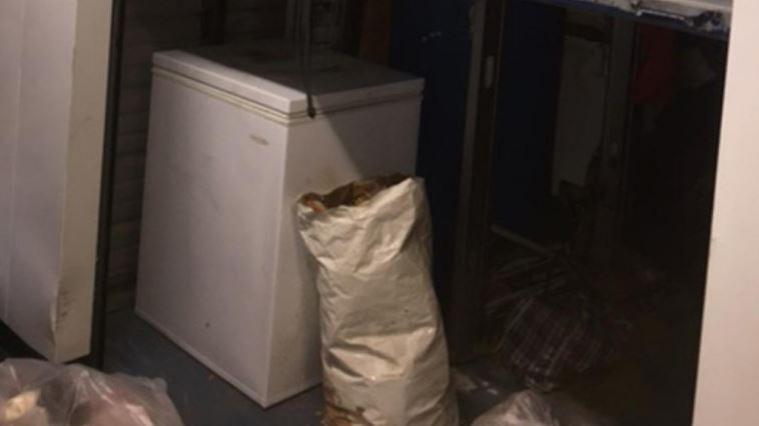 (CNN) A man paid $150 for a storage container at a Long Island auction and made a horrific discovery: two freezers filled with 40 dead cats.

"Some were just on the top, some were inside," the man, who gave his name as Carlos, told CNN affiliate WABC.

One skinned cat lay atop an aluminum tray.

American Self-Storage, the company that held the auction, immediately contacted police and the American Society for the Prevention of Cruelty to Animals (ASPCA).

An open investigation into this macabre mystery is underway.

The ASPCA said it will conduct necropsies to find how the cats died, but it will take several days. It'll have to thaw out the cats first.

The storage container had been put up for auction by American Self-Storage after the previous owner stopped paying rent in July.

"Self-Storage companies do not examine the items which tenants store in their rented units, the way apartments landlords do not study each item which tenants bring into their rented rooms," the company said in statement. "But we join in feeling the shock at the mistreatment of animals, and by this gesture of support for a leading animal rights organization, we encourage all human beings to be gentle and loving in their treatment of all creatures with whom we share this earth."

Police are looking for the 66-year old woman who rented the unit in 2014.