They say one suspect ended up dead, and our crew saw federal agents arrest others.

Police say a man shot himself in front of federal agents at 34th and Lincoln, but the police activity quickly spread through the entire south side neighborhood.

Amy Carlson was walking near 16th and Grant when police and federal agents flooded her neighborhood. 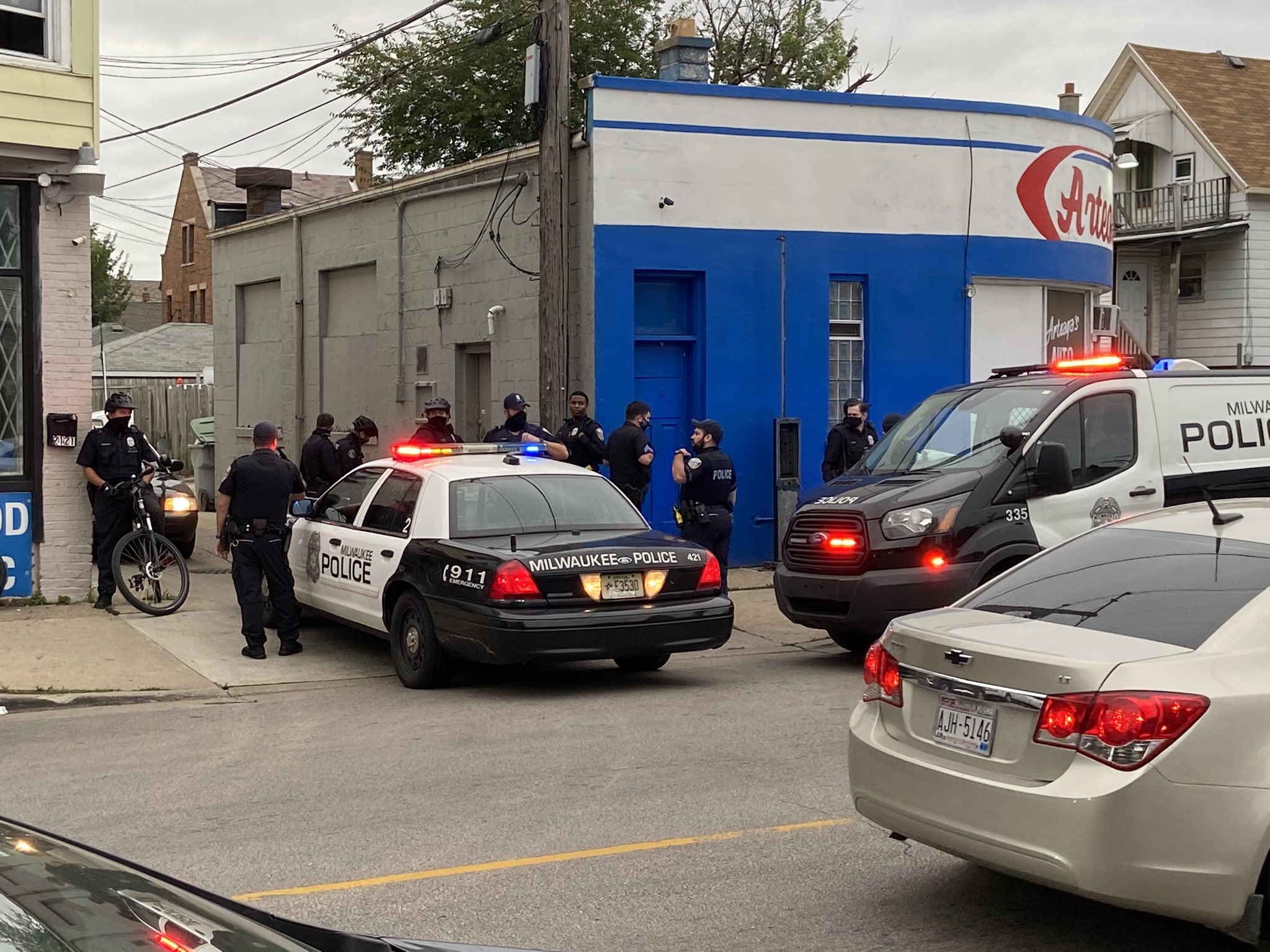 "They had cops come this way, all of a sudden an undercover drove up, unmarked, jumped out, three cops jumped down the alley here."

Police aren't saying why they were there, but on virtually every street corner there were officers and FBI chasing suspects.

At one point, they mistakenly stopped a teen that was just walking by.

"He was walking normally, literally, and all of a sudden the cops all pulled upon him and told him to get down."

Daiquan Thompson says he was simply going to play basketball when police drew their guns on him.

Thompson was handcuffed and put in the back of a squad car.

He was eventually let go, and police did arrest two people nearby.

It all happened about a mile from where police say a man shot himself in front of federal agents earlier in the day.

They say they were chasing the man and tried to arrest him, but he fired a gun, striking himself.

They didn't release any other details.

Neighbors in the area say this happens all too often.

There is no word on whether the two scenes were related.

We did reach out to Milwaukee police, who directed us to federal authorities.

The DEA confirmed to us the original suspect apprehension attempt but did not address any of the other incidents.

MILWAUKEE (CBS 58) -- A 23-year-old man, who authorities say was wanted by federal agents, fatally shot himself near 32nd and Lincoln on Monday, Sept. 14.

Milwaukee police say federal agents from the Drug Enforcement Administration Task Force were in the area Monday afternoon conducting an investigation when they closed in on the man. Officials attempted to stop the suspect, who they say was the target of the investigation, and he fled and discharged a firearm.

No agents were injured nor did they discharge their firearms.

The Milwaukee Police Department was not involved in the initial incident.