Man walks next door for haircut after crashing SUV into deli 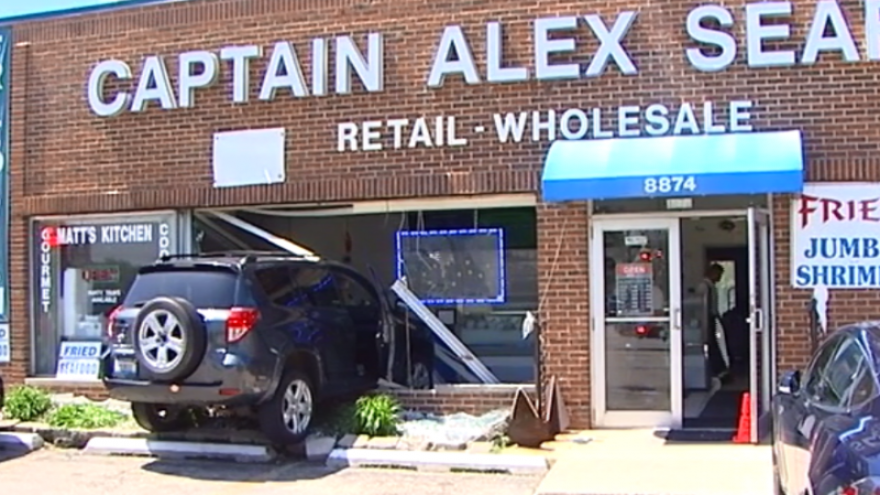 CHICAGO (CBS)–An elderly man driving an SUV crashed through the front window of a seafood deli in a Niles strip mall Wednesday afternoon before leaving his vehicle and walking next door for a haircut.

No customers were present when the SUV jumped the concrete parking barrier and careened through the large glass window at 8874 Milwaukee Ave. It came to a stop a few feet short of the deli counter where people usually line up to place orders, said Bryce Artmann, owner of Captain Alex Seafood.

Artmann was on his way to work when it happened. The one employee working behind the counter recounted the story when he arrived. 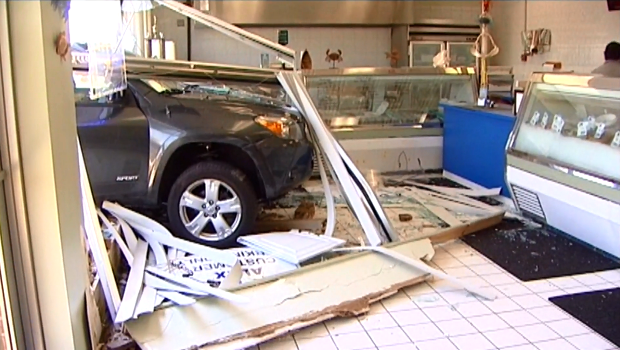 “He got out of the vehicle and was asked to stay on site but somehow he took off,” Artmann said.

The 80-year-old Niles man, who was not charged, got out of the vehicle after the crash and walked next door for his haircut appointment at Hair Designs Unlimited.

Beauty salon owner June Saraceno was working when the man came in for his cut.

“He came in like nothing and sat down for his appointment,” Saraceno said. “When he finally told the barber that it was his car, (he said) he’s got insurance and he didn’t want to miss his haircut appointment.”

Police said no charges will be filed due to the man’s diabetic condition and because the accident occurred on private property. He likely confused the brake with the gas pedal.

The brick building is intact, except for the window, police said. A tow truck pulled the SUV out of the storefront Wednesday afternoon.

Police referred the man to the Secretary of State’s office to be retested for his driver’s license.