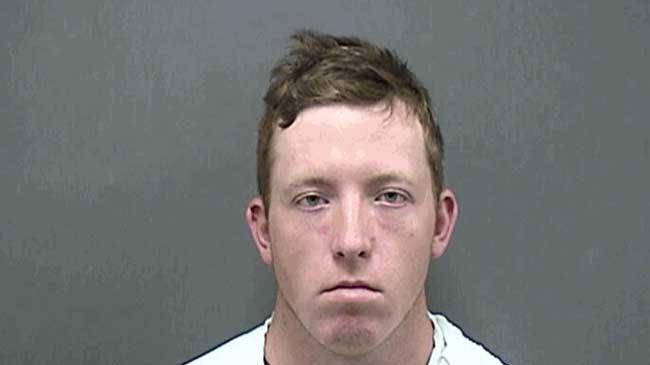 Nathaniel Aldrich allegedly tried to force three separate women on three different days to tie their hands up with a rope in the Case Eagle Park.

Aldrich is charged with three counts of disorderly conduct, one count of attempted false imprisonment, and one count of obstructing an officer.

The victims told police each was running in the park when Aldrich approached. He was riding a bicycle, and he began swerving back and forth.

In each account, he told the women to put their hands up and tie them with rope.

One victim believed he might have had a gun. The same victim reported to police that Aldrich followed her as she ran from him.