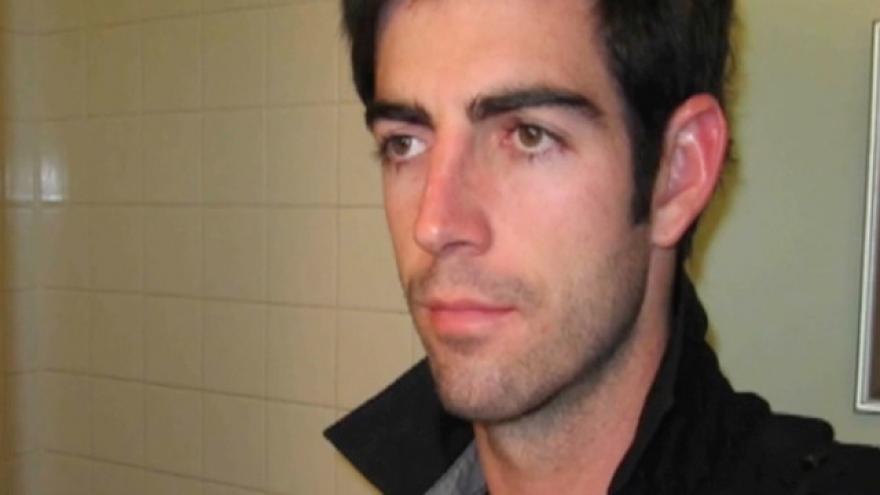 BOULDER, Colo. -- (ABC 7 VIA CNN) A Boulder man has filed a lawsuit against the Sheriff, alleging that deputies and staff at the Boulder County Jail failed to get him treatment for his psychosis.

As a result, the lawsuit alleges that Ryan Partridge, 31, injured himself numerous times and ultimately gouged out his own eyes, with fingernails that hadn't been clipped for six weeks.

The lawsuit, filed in U.S. District Court on Thursday, says the plaintiff was suffering a deep, severe schizophrenic psychosis in December of 2016, and that “the defendants were all aware of his long, tragic history of mental illness.”

“Their argument is that they could not force him to take medication,” said Ryan’s father, Richard Partridge. “I would argue the Good Samaritan Rule. I’ve done CPR on two people, a drowning victim and [helped someone having] a heart attack. I couldn't possibly not help someone that I saw in medical distress. I would hope the same from the Boulder County Sheriff’s Office.”

Ryan Partridge told Denver7 that the jail staff tried to give him medication, but he didn't trust them.

“I thought they might be trying to poison me,” he said.

When asked to recount the day he injured his eyes, Partridge said, “I walked around in my cell and started getting overly hyper and ultimately, I undressed, sat down and put my fingers in my eyes.”

He said it wasn't the first time he thought about doing it.

Partridge’s father said that not only did staff not seek a court order to force his son to take medication, they made fun of him.

“(Ryan) jumped twice from the second-floor balcony,” he said. “That broke his vertebrae one time, so they called him ‘Parachute Partridge.’ I don’t find that very funny, as a father.”

Mr. Partridge says more than 90 percent of the deputies and officers on the streets are educated, trained and do a good job.

“But we have some people at the jail that are bullies and they need to be removed from that facility,” he said.

Mr. Partridge said he understands that working in the jail can be a tough job.

“They see the troubles of society magnified ten times,” he said, “but if you can’t take the heat, then maybe you should find a different occupation.”

The plaintiff’s mother, Shelley Partridge, said her son was placed in solitary confinement for lengthy periods of time.

“The Judge gave him two months of work release,” she said. “The mental health people told me, he 'was not a good candidate' for work release.”

Ms. Partridge said she has lost faith in the system.

Ryan says he is on two types of medication now.

He says he still has an occasional altercation at the house, but says his episodes are under control.

When asked about his eyes, Partridge said he sees a little red and a lot of black.

He is able to walk around, in certain areas that he is familiar with, using a mobility cane.

Ms. Partridge told Denver7, “There are so many people out there that have mental health issues and they’re not dealing with them. You can call it a revolving door,” she said. “They keep them there for a while then put them back on the streets.”

A Sheriff’s Office spokesman told Denver7 that the allegations reported are untrue and incomplete.

He said, “Our mental health professionals, deputies and staff faced very difficult situations involving Mr. Partridge, and went above and beyond in trying to assist him during his time in custody.”

The Plaintiff is seeking compensatory and punitive damages, as well as costs and attorney’s fees.