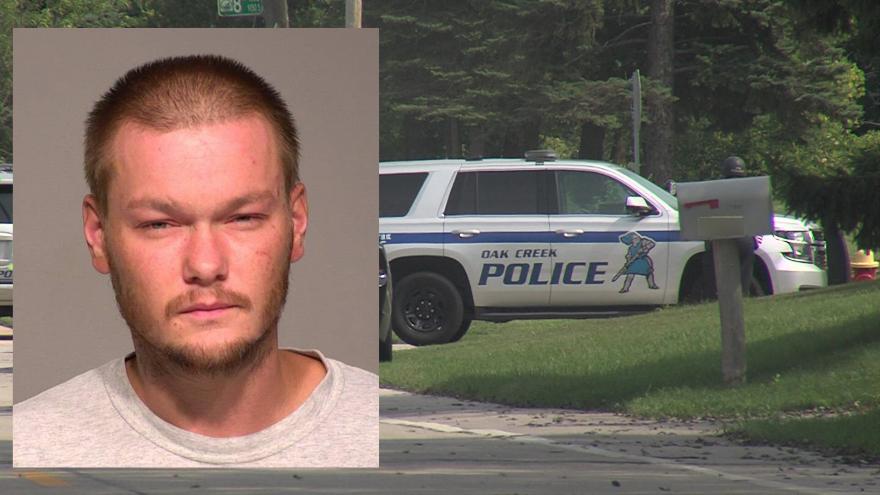 OAK CREEK, Wis. (CBS 58) -- A man shot in the arm by Oak Creek Police after allegedly pointing a gun at officers is facing charges.

Vadim McCormick, 30, is charged with armed robbery and failing to comply with officer's attempt to take person into custody.

According to a criminal complaint, McCormick robbed the Meijer gas station on South Howell Avenue in Oak Creek around 1:25 a.m. on August 28. The complaint says McCormick threatened the clerk with a gun and got away with some cash.

Later the same day, police posted surveillance photos of the suspect on Facebook and investigators received a tip that it was McCormick in the photos.

When police went to McCormick's house, officers reported they saw McCormick and his wife pull into the driveway and ordered McCormick to stop. McCormick did not stop and went into the house with his wife.

Multiple squads then responded to the scene and tried to negotiate McCormick to come out of the home.

The complaint says during the standoff, McCormick hung his arm out a window holding a gun which he then pointed at officers. A shot was then fired by Oak Creek police in McCormick's direction and McCormick pulled his arm back inside. During the negotiations, McCormick's wife then placed a black handgun on the porch before going back inside.

After about two hours of negotiations, police said McCormick denied having any more weapons in the house. Shortly after however, McCormick allegedly hung his arm out the window holding another gun, pointing it at officers. Oak Creek Police then returned fire, hitting McCormick in the arm, causing him to drop the gun. McCormick was then arrested and taken to an area hospital to be treated for a gunshot wound.

Police say the two guns recovered were found to be pellet guns.

The complaint says McCormick later admitted to police that he robbed the gas station while armed with a black BB gun and that he ran into his home knowing that police were outside, saying he didn't want to go to jail. McCormick also admitted he armed himself with a BB gun and showed it to police so they would not come into his home. He also told officers he was intoxicated and could have pointed the gun in several directions, according to the complaint.