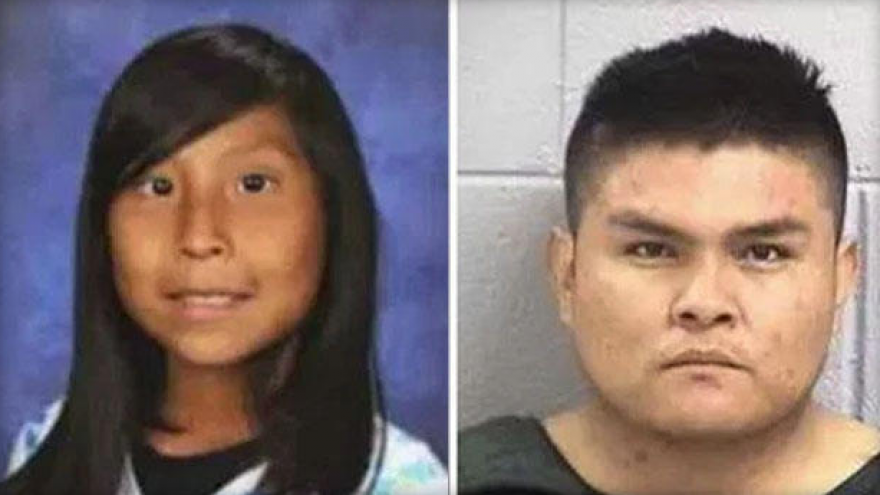 ALBUQUERQUE, N.M. (CBS) -- A man who pleaded guilty to the murder and sexual assault of an 11-year-old girl on the largest American Indian reservation has been sentenced to life in prison.

Tom Begaye was sentenced Friday in U.S. District Court in Albuquerque, New Mexico, for the May 2016 killing of Ashlynne Mike on the Navajo Nation.

Authorities say Begaye lured Mike and her brother into his van before killing the girl and allowing the boy to escape. The girl's brother told police the man took them deep into the desert and then walked off with the girl and a tire iron in hand before returning alone.

Begaye told investigators he sexually assaulted the girl and hit her twice in the head with a crowbar, and that she was still moving when he left her in the desert, according to court documents.

Her body was later found in an area near the Arizona-New Mexico border.

The death led to pending federal legislation that would expand the Amber Alert system to tribal communities and calls for Navajo Nation to end its opposition to the death penalty.

Ashlynne was reported missing, but an Amber Alert didn't go out until the next day. The Navajo Nation and many other Native American tribes oppose the death penalty.

Begaye pleaded guilty in August. Ashlynne's father, Gary Mike, said after the hearing that the guilty pleas were a turning point for the family that has struggled since the killing.

"We all know that this person is guilty," he said. "He finally admitted it today."

Under the plea agreement, Begaye faced a mandatory life sentence without parole.