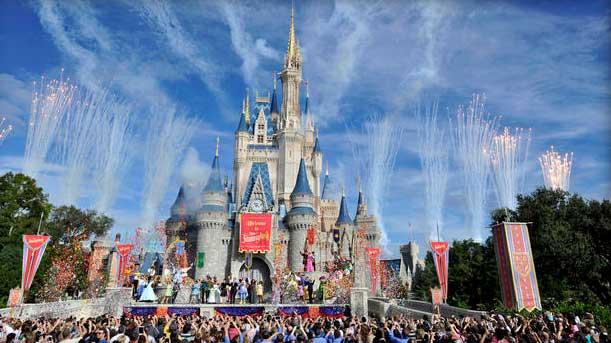 ORLANDO, Fla. (CLICK ORLANDO) - An Arkansas man was arrested after Orange County deputies say he tried to bring a concealed gun into Disney's Magic Kingdom and lied about currently being a police officer.

Kevin Webb, 42, was charged with carrying a concealed firearm and falsely personating an officer in the Monday morning incident.

Deputies said Webb was randomly selected to go through the metal detector into the park. He told a security officer that he was a law enforcement officer from Arkansas and had a firearm in his right front pocket, according to the deputy report.

Webb also showed the officer a police identification card, which was later found to be an identification that hadn't been used in several years, deputies said.

The Sherwood Police Department said that Webb was employed by the department from 2004 to 2013 and that he was terminated for "dishonesty or untruthfulness," according to the report. Police also added that Webb shouldn't have the credentials in his possession.

According to Disney's park rules and regulations, no weapons of any kind are allowed on property.

Webb was arrested and booked into the Orange County Jail.