MILWAUKEE (CBS 58) -- A Milwaukee man plans to sue the City of Milwaukee after he says his motorcycle got stuck in “The Hop” streetcar tracks causing him to fall off of his bike.

On July 26, Aaron Henning says he was riding down St. Paul Avenue trying to turn left onto Water Street just before 9 p.m. when his tire got stuck.

He says the streetcar is dangerous because of the gaps in the tracks.

“I didn’t see them at all, and was doing everything properly and it just took me out,” Henning said. 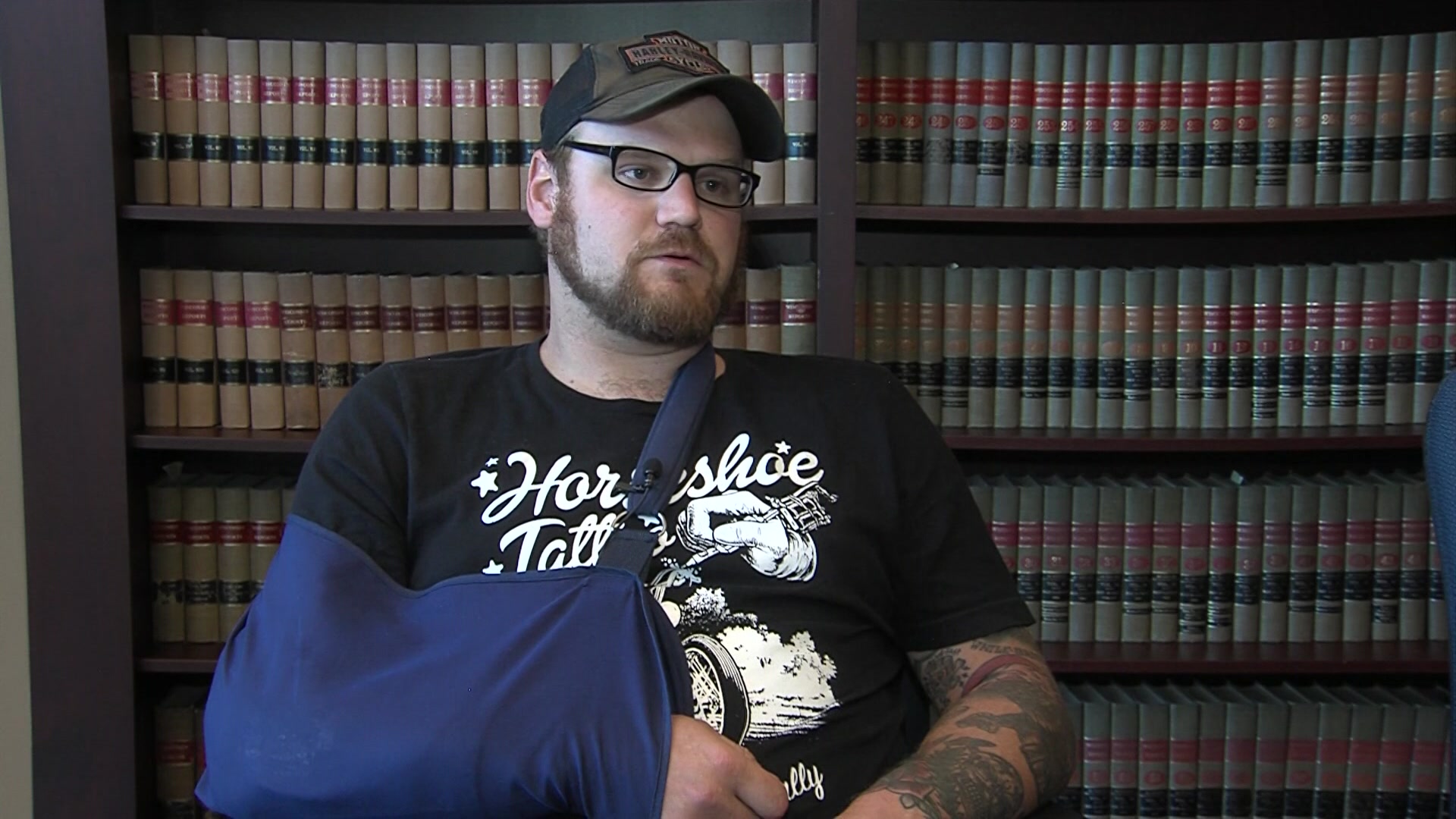 He says he and his bike slid for 20 feet into the other lane, leaving him with several injuries including a fractured elbow and road rash. So far, Henning says he has been out of work for two weeks and expects to be out for six more.

Henning is planning to sue the City of Milwaukee, including the Department of Works, and the streetcar contractor, Kiewit Infrastructure Company.

“The goal is to have my client be compensated for his injuries,” Michael Hupy, President of Hupy and Abraham, said. “Every person who drives through the City of Milwaukee is in danger of the same or worse happening to them.”

Henning is as also trying to get compensated for the damage done to his bike. He said the bike’s tank is completely ruined and the front end and frame is damaged.

“That was my first bike I was planning on keeping it forever,” Henning said. “That was my baby and it’s gone now.”

The City Attorney’s Office says they haven’t seen the paperwork for this lawsuit yet, but there is safety information and videos on “The Hop’s” website with advice for people traveling near the streetcar. The website says the best way to cross the tracks on a bike is at a 90-degree angle.

“I don’t think it’s fair that a Harley rider in the city of Milwaukee should have to deal with something like that,” Henning said. “This is the home of Harley. It’s not fair. I should be able to go down any street in this city safely.”

Hupy does not think the streetcar is a good idea for the City of Milwaukee.

“They are a constant danger to anyone on a bike or a motorcycle,” Hupy said. “A bus can do anything a trolley can do.”

MILWAUKEE (CBS 58) -- A man may take legal action against the contractor for the Milwaukee streetcar.

According to a notice of injury, a man was riding his motorcycle last month when his tire got stuck in the streetcar tracks. It happened near W. Saint Paul Avenue and N. Water Street.

The man says he lost control and was thrown from the motorcycle. The man was allegedly hurt and his bike is damaged.

CBS 58 News reached out to the City Attorney's Office for comment. They say they have not received the notice yet.