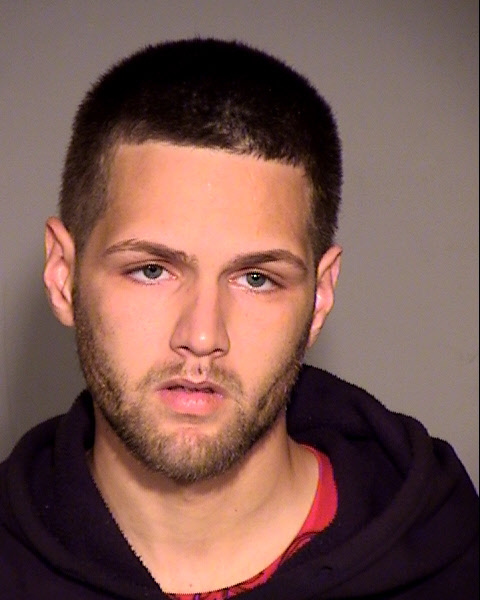 MILWAUKEE (CBS 58) -- We're hearing from people who had bullets fired into their homes after a deadly police shooting in Milwaukee early Monday, Feb. 24. The shooting happened around 1 a.m. near Union and Greenfield.

When Milwaukee police arrived, they saw a man matching the description of the suspect and tried to stop him. Police say the man ran, ignored commands and confronted officers with a gun.Officers shot and killed him.

None of the officers were hurt.

Police say they are still trying to determine his connection to the initial shooting they responded to. Family members say he was not involved in that shooting, and was in the area looking for his dog.

Police have not identified him, but family says he is 27-year-old Lucas Alvarado.

Bullets from the shooting went through a nearby SUV and about half-a-block down. We talked to a woman who said her home was hit by a bullet.

The Greenfield Police Department is investigating the shooting.

MILWAUKEE (CBS 58) -- An investigation is underway after Milwaukee police shot and killed an armed man after a chase early Monday morning, Feb. 24. Milwaukee police say officers were responding to a report of shots fired near Union and Greenfield, around 1 a.m.

While officers were on the way to the scene, the call was updated to a report of a man with a gun who fired shots into a home.

When officers approached the man, they gave him commands but the suspect ignored them and tried to run away.

Police chased the man for about a block-and-a-half, and the suspect confronted police.

"During the chase, the subject confronted the officers with a firearm. The officers responded by fatally shooting the subject. The three officers involved were not injured," Milwaukee Police Chief Alfonso Morales said.

"As far as shooting like shooting in houses, that's kind of scary you know because we feel like we should feel safe in our hours and if they're just coming in and shooting. You know, we don't know how to protect ourselves," said Jennifer Amaro, lives nearby.

The Greenfield Police Department is now leading the investigation. Police have not released the name of the suspect.

According to police, officers responded to a shots fired call near W. Arrow St. and S. Union St. around 1 a.m. on February 24. While en route, officers were notified of a subject with a gun.

Once on scene, officers saw the suspect and gave commands. Police say the suspect disregarded commands and attempted to run away. During the chase, authorities say the suspect pulled out a gun and confronted police. Officers then shot the man.

The suspect's identity is not being released at this time. No officers were hurt in the incident.

The Milwaukee Area Investigative Team, led by the Greenfield Police Department, is conducting the investigation.