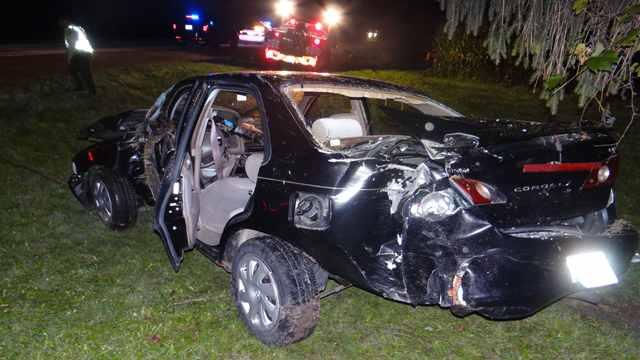 One man is dead after a crash that happened on County Highway E just one mile east of State Highway 26 in the Township of Burnett.

The Dodge County Sheriff's Office responded to the crash around 11:10 p.m. Saturday.

Officials said that preliminary investigation shows that a 2001 Toyota Corolla entered the gravel shoulder of the roadway and went into a counter clockwise rotation before crossing the center line.

The car struck a culvert and then hit a tree.

The driver, who was alone in the vehicle, died.

The driver was wearing a seat belt, but authorities believe that speed and alcohol were factors in the crash.

The name of the driver is not being released at this time.