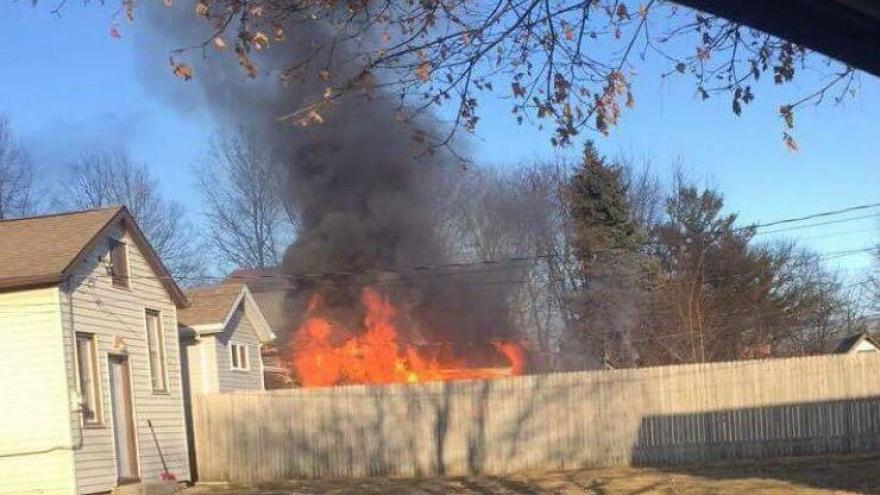 SHEBOYGAN, Wis. (CBS 58) --The Sheboygan Fire Department said that a home near 8th and Jackson is a total loss after a Saturday evening fire.

A large amount of fire was coming from the back of the home when firefighters arrived on scene. They also had to deal with live arching electrical wires that were down in the area and significant amounts of material in the yard and inside the home.

Alliant Energy shut down the power lines in the area.

Firefighters were on scene for about four hours.

In addition to the main house being a total loss, properties on both sides of the home sustained exterior heat damage.

A man inside the home was taken to the hospital after suffering burns to his head and hands.